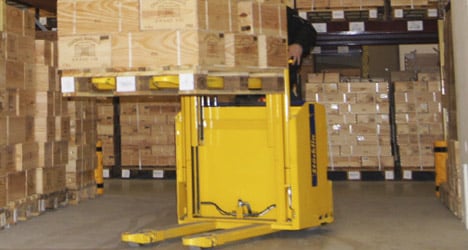 “We have to fight the trade in works of art as part of the fight against terrorist financing,” he said before a meeting of G20 finance ministers, held in conjunction with annual meetings in Washington of the World Bank and the International Monetary Fund.

In countering terrorist financing, “there is a weak link, which is the existence of free ports”, he said, places where works of art stolen in Iraq or Syria could be sold to support the Islamic State group.

He was referring to the special economic areas like those near international airports that allow the duty-free import, storage and re-export of goods, never passing through customs.

Among the best known, the Geneva Free Port operates as a warehouse complex outside the Swiss city, and some of its clients include art investors and traders who store expensive pieces there.

“These free ports exist in certain countries. I am referring in particular to Switzerland but not only there,” said Sapin, calling the areas “opaque” because works of art may be stored there without notice to local authorities.

“I would like rules for transparency to be put in place,” added Sapin. He has previously called for tax havens to be blacklisted, a measure adopted at this year's G20 summit in China.