“An unmanned version of Solar Impulse,” aviator and engineer Andre Borschberg told reporters when asked what groundbreaking mission the Swiss-based team was tackling next.

That trip, completed in July, aimed to promote clean technologies through a spectacular physical feat that captured public attention the world over, Piccard said at a press conference in Geneva.

Having showcased clean technologies, the Solar Impulse project now wants to provide a practical application for them, Piccard added.

The Swiss aviators said an unmanned version of their plane could hover at altitudes relatively low compared to other pilotless craft such as satellites — roughly 20 kilometres (12 miles) — for months, possibly bouncing wifi signals to poorly serviced areas or collecting rare agricultural data.

The Solar Impulse drone would do work “hardly done by other types of aircraft,” said Borschberg, who is Solar Impulse's lead engineer.

“We are evaluating the benefits” of pressing ahead with an unmanned aircraft.

Piccard, an explorer who came up with the idea for the round-the-world flight, said that aside from working on a new aircraft, the Solar Impulse project would try to raise awareness about clean energies and their superiority to polluting fossil fuels.

He said he plans to spearhead a clean technologies alliance that will demonstrate environmentally friendly energy solutions that are both effective and profitable for investors.

Borschberg smashed the record for the longest uninterrupted solo journey in aviation history between Nagoya, Japan and Hawaii — nearly 118 hours and 8,924 kilometres.

Solar Impulse 2 circumnavigated the globe in 17 stages, with the final leg from Cairo to Abu Dhabi. 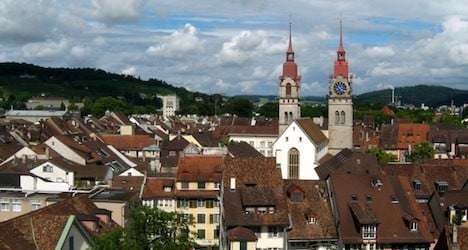 AN
Posters appeal to save controversial Swiss mosque
Url copied to clipboard!