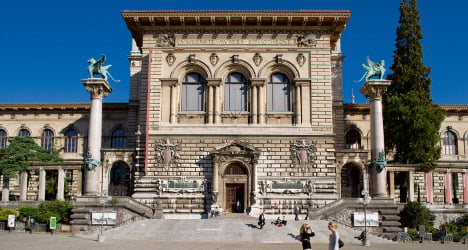 Some 4,000m3 of water rushed through the Place de la Riponne – more than the contents of an Olympic-sized swimming pool, 20 Minutes reported on Tuesday.

The fire service intervened quickly to divert the water, however the source of the leak wasn’t found until around 2am, said the paper.

Footage filmed by readers of the paper shows water rushing down streets and the steps of the post office at Riponne, which was left flooded.

Traffic was disrupted in the area for several hours but restrictions were lifted at around 4am, police said.

The burst pipe, which dates from 1913, will be replaced in the coming days, authorities told 20 Minutes.