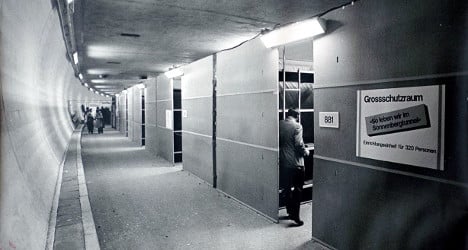 Designed to house 20,000 people, the bunker was built in and over two motorway tunnels. Photo: Unterirdisch Ueberleben

They had a plan. And it seemed like a brilliant one. The city of Lucerne would provide shelter from nuclear fallout for 20,000 people – a third of the city’s population at the time – in two motorway tunnels under the Sonnenberg mountain.

Completed in October 1976 at a cost of 40 million francs, the Sonnenberg bunker was built in response to a unique Swiss law, passed in 1963, that required every citizen to have a place to shelter in the event of outside attack.

The bunker comprised a seven-storey logistics centre built underground, on top of two motorway tunnels. In the event of nuclear threat, the tunnels would be closed to traffic and instead become home to 20,000 people, housed in bunk beds set up along the length of the 1.5km tunnels. Containing a command room, hospital, prison, radio studio and a staff of 700, the logistics centre would ensure life underground ran smoothly.

Visiting the bunker, the immense size and ambitions of this project are evident.

Inside, the communications room still has the switchboard that operators could use to contact the outside world. Then there’s the hospital, which was so well stocked with medicines, operating rooms and surgical equipment that it required 250,000 francs ($253,000) a year to maintain.

Traffic flows through the two motorway tunnels today, so visitors can only glimpse them through a service door from the logistics centre. Imagination is required to picture where those many thousands of people would have spent all their time in dorms of 64 tiny bunk beds. It doesn’t take much to understand how difficult it would have been to sleep against a chorus of coughing, snoring and crying. Nor to imagine the smell of 20,000 unwashed bodies (the bunker’s few showers were reserved for hospital patients) or the horror of sharing a block of around 20 toilets with hundreds of other people.

“It gives you an idea of how organized everything must have been to prevent chaos,” says guide Zora Schelbert.

Indeed. But would they have succeeded? Thankfully, the bunker has never had to be used, but the tour highlights some fundamental flaws that suggest that, despite Swiss organizational skills, the whole project was destined to fail.

In peacetime the shelter’s 450 tons of flatpack beds, portaloos and other essential equipment had to be stored in the logistics centre, since the tunnels were open to traffic. In the event of nuclear threat, it would take two weeks to close the tunnels and set everything up before the public could arrive. Hardly ideal.

“This was the biggest gap in the concept of the plan,” says Schelbert. “There was no way they could get it operational in time.”


The tunnel entrance, that would have been sealed off to create the bunker. Photo: Unterirdisch ueberleben

And there were other ‘gaps’, too.

Though there was a kitchen, it only catered for staff and hospital patients. It wasn’t possible to cook for 20,000, so each person had to bring two weeks’ worth of ready-to-eat food with them to the bunker, storing it – and eating it – on their already cramped bunk bed.

Why two weeks? Because this hugely ambitious, expensive structure could only house people for a fortnight before the water supply ran out. Who knows what horrors the bunker’s inhabitants would face once they were sent back above ground so soon after a nuclear attack.

Though attempts have been made to repeal Switzerland’s bunker law, a version of it is still in force today. In 2006 the Sonnenberg was downsized, and its motorway tunnels can no longer be converted into dorms, but the logistics centre is still operational and is retained as a shelter for 2,000 people.

More than anything, its presence underneath the city of Lucerne serves to remind us of the fear that existed in the Cold War and Switzerland’s unique position as a neutral country caught, geographically, in the middle.

But this fascinating tour suggests that Lucerne’s grand plan to save its population from attack could never have worked. Not least because rumour has it that the shelter’s 350-ton concrete blast doors, that would have protected its inhabitants from nuclear fallout, didn’t actually shut properly.

Public tours of the Sonnenberg bunker, in English, take place once a month. More information and booking: unterirdisch-ueberleben.ch 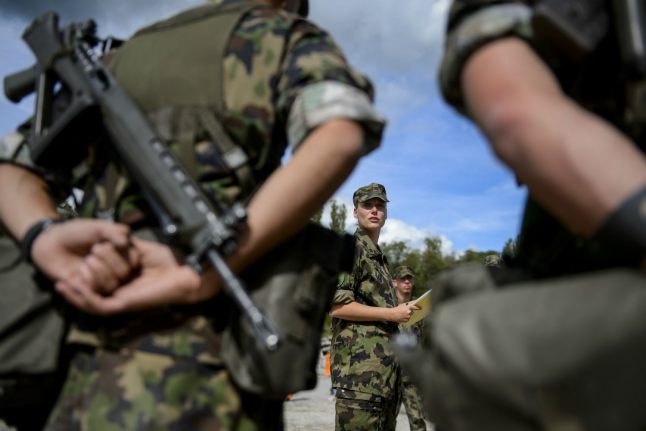