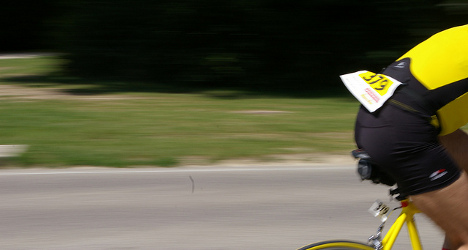 A court in the canton handed the 52-year-old defendant a year’s suspended prison sentence and a fine of 2,000 francs after convicting him of causing death and injury through negligence, reported news agencies on Tuesday.

The accident happened in June 2014 during an amateur race in Gippingen.

The defendant was accused of coming in contact with the lead cyclist as he moved to pass him on a descent, causing him to fall from his bike, said news agencies.

Two other cyclists following behind then also fell from their bikes. One, a 36-year-old from Zurich, died that night in hospital from his injuries.

The defendant admitted in a hearing that he remembered lightly touching another competitor.

They were travelling at around 70 kilometres per hour at the time, heard the court.

The court rejected any suggestion that the defendant knocked the other cyclist intentionally.

The defendant is a professional cyclist who has twice taken part in the Tour de Suisse, said the media.

Since the accident two years ago he hasn’t cycled competitively, only using his bike to get to work.

He may appeal the court's decision if he wishes.