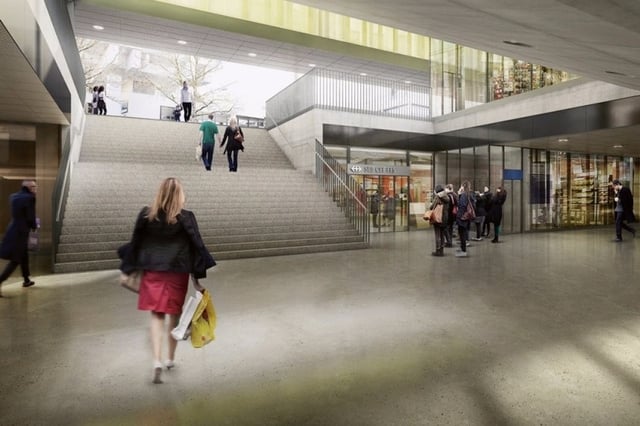 The underpasses include a Coop with extended opening hours (6am to 10pm daily), a pharmacy, hairdresser and florist and various food takeaway outlets.

The new station was ceremonially opened on Wednesday.

It offers better connections, with 12 regional S-Bahn services stopping at Oerikon instead of the previous seven.

A further improvement is the provision of covered places for 800 bikes.

But despite being one of the most modern stations in the country, it does not have any escalators, with passengers having to use stairs to ascend and descend.

Swiss Federal Railways (SBB) invested 525 million francs in the project, with the city of Zurich contributing 150 million francs towards the redevelopment and in improved transport connections.

During the redevelopment work commuters and tourists had complained about long detours and a lack of signposting, the paper said.