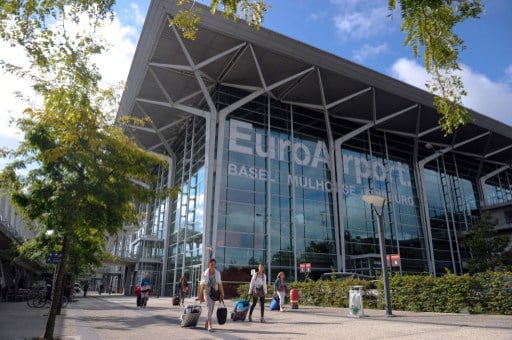 Aviation news portal Aero Telegraph broke the news on Twitter. The airport later confirmed that one person had died.

The accident happened at around 5.40pm when the two-engine Piper PA-34 crashed on landing on the main north-south runway and caught fire.

The fire brigade reached the scene immediately and extinguished the flames.

The accident could have been much worse. Blick reported that as it came in to land the aircraft almost collided with a British Airways Airbus that was preparing to take off.

Alarmed passengers on the BA flight witnessed the crash and fire engulfing the aircraft.

It is not clear if the person killed was the pilot or a passenger, or how many people were on board.

The French authorities, which have responsibility for the airport that straddles the Swiss-French-German border, have launched an investigation.

An airport spokeswoman was quoted as saying there was thick fog and flying conditions were poor at the time of the crash.

The light aircraft was registered in Switzerland and was returning home from Germany, the spokeswoman said.

The main runway was closed following the crash and only reopened several hours later.

Many flights were delayed, cancelled or rerouted.

Air traffic has now returned to normal, the airport says.