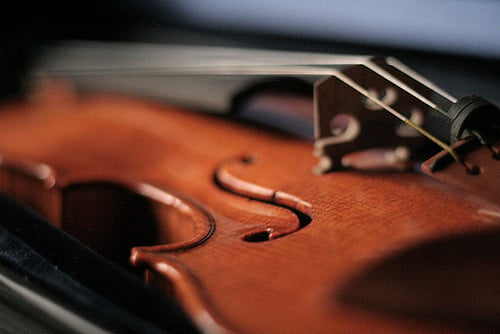 He then boarded a train from the airport to Sion, carrying his valuable violin, which was made in 1747 by celebrated maker Giovanni Battista Guadagnini and was on permanent loan to Vernikov from the Fondazione Pro Canale in Milan.

The theft occurred when the train stopped at Geneva Cornavin station, always busy, where a number of people left and boarded the train.

In the bustle that lasted just a few seconds, Vernikov briefly lost sight of the violin case, stored just behind him on the train. He then realized it had gone.

In the case with the violin were four bows with a value of 250,000 francs, said the paper.

The theft was confirmed to news agencies by Geneva police.

“It’s as though someone’s stolen my baby,” Vernikov told Le Matin. “Without it I can never make music again.”

The musician thinks that the thieves probably didn’t know what they were stealing but just seized an opportunity. Three years ago he had his wallet stolen in the same place, he said.

A virtuoso violinist from the Ukraine, Vernikov has performed at some of the world’s greatest concert halls and won numerous prestigious awards.

He currently teaches at Vienna University’s Konservatorium and at the Haute Ecole de Musique (HEMU) in Lausanne.

Vernikov was appointed artistic director of the Sion Festival in 2013.