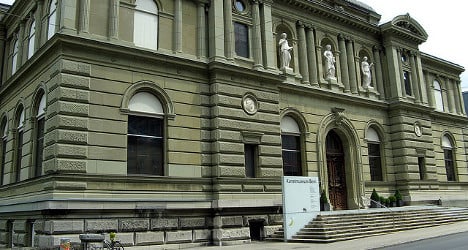 A court in Munich on Thursday rejected a case brought by a cousin of Gurlitt who had sought to overturn his will, according to news reports.

Uta Werner had contested Gurlitt's soundness of mind when he wrote the will naming the Bern museum as his sole heir.

But the court said it was not convinced by the argument that Gurlitt was suffering from dementia.

Gurlitt died in 2014, leaving behind more than 1,500 artworks, including valuable paintings and sketches by Picasso, Monet, Chagall and other masters.

But there were suspicions many of the works had been stolen from their Nazi-era owners.

Gurlitt’s father was an art dealer tasked by Adolf Hitler with helping to plunder great works from museums and Jewish collectors – many of whom died in the gas chambers.

It came as a surprise when Gurlitt bequeathed his entire collection to the Bernese art gallery, known as the Kunstmuseum Bern.

The museum accepted the collection in 2014 after mulling the ethical implications, but left some 500 works of dubious provenance in Germany to allow a government-appointed task force to complete its research on identifying the heirs.

The task force concluded last year that one percent of the artworks could be shown without doubt to have been stolen from Jewish families under the Third Reich or sold under duress.

The Bernese gallery reported in April that it was planning to exhibit works from the estate in the 2016-2017 winter season, in parallel with a similar exhibition at a museum in Bonn, Germany.