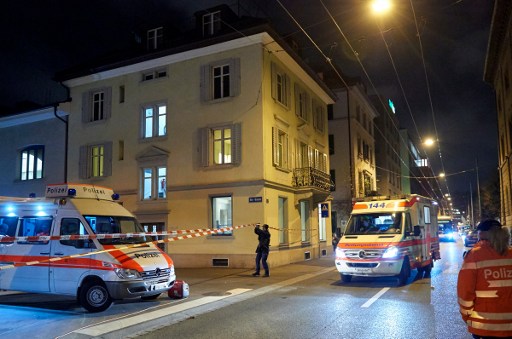 A man burst into the prayer hall in an Islamic Centre near Zurich main train station at around 5.30pm on Monday and began shooting, injuring three people.

He then escaped in the direction of the train station.

A body was subsequently found a few hundred metres from the scene, but it was initially unclear if it was connected to the shooting.

On Tuesday morning Zurich cantonal police said in a statement: “A person found dead in the vicinity of the crime scene could in the meantime be associated with the crime,” adding that “the search was stopped.”

According to Swiss paper the Tages Anzeiger the shooting took place after the prayer session when many people had already left the building, leaving only the imam and three others.

Police will hold a media conference at 2pm.