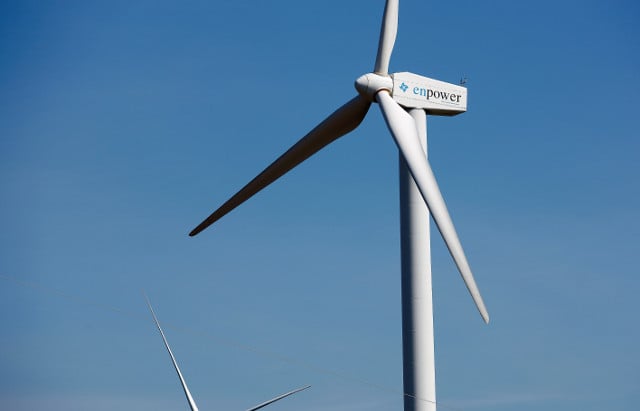 Photo: Alpiq
The policy, which will instigate a gradual withdrawal from nuclear power in favour of renewable resources, is opposed by the right-wing Swiss People’s Party (SVP) which in October launched a campaign to gather enough signatures to force a referendum on the matter.
On Tuesday the government confirmed that the SVP had gathered 68,390 valid signatures, well over the necessary threshold of 50,000, reported news agencies.
Consequently, in May the Swiss people will get the chance to have their say on the government’s energy plans.
The Energy Strategy 2050 was devised following the Fukushima nuclear disaster in 2011 and is spearheaded by energy minister and current Swiss President Doris Leuthard.
Under the plans no new nuclear power plants will be built in Switzerland and the five that do exist – including the world’s oldest operating reactor, Beznau I – will be decommissioned at the end of their technically safe operating life.
The strategy will also see a new focus on exploiting hydropower and other renewable resources such as wind and solar power, measures which require changes to the existing energy law.
On launching their referendum campaign last October the SVP said the strategy was irresponsible, invasive and would place a big burden on future generations.
Writing on its campaign website the SVP-led alliance against the strategy said Switzerland’s current energy provision was efficient and proven, and that the government’s plans were “a utopian, dangerous and excessive project”.
Renewable sources would never produce enough reliable energy at a cost-effective price to enable the country to abandon nuclear power, it added.
Last November the Swiss voted against a more extreme plan, backed by the Green Party but opposed by the government, which would have seen some of Switzerland’s nuclear power plants shut down as soon as this year.
The government argued that it needed more time to develop renewable energy sources sufficiently to be able to replace nuclear power.
Currently around 39 percent of Switzerland’s electricity needs are met by nuclear power, while 56 percent is generated through hydropower – the country’s most important domestic source of energy.
Historically that figure has been far higher; in the 1970s almost 90 percent of Swiss electricity was produced through hydropower, prior to the construction of most of the country’s nuclear power plants.