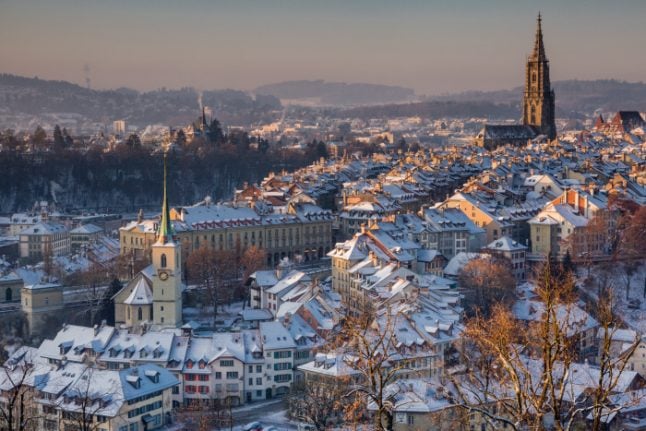 Bern's bells aren't appreciated by everyone. Photo: Jan Geerk/Swiss Tourism
But some don’t appreciate being woken up every quarter of an hour through the small hours.
Now one city councillor in the Swiss capital wants to stop church bells chiming between the hours of 10pm to 7am.
This week Marcel Wüthrich intends to lodge a bill to that effect, pushing for a ban on night-time chiming throughout the Bern urban area, reported the Schweiz am Sonntag paper.
Church bells disturb the sleep of people who live nearby, he told the paper, referencing a 2011 study by Swiss federal technology institute ETH Zurich that said bells chiming every 15 minutes can seriously disrupt sleeping patterns.
Currently residents who object to church bells face a lengthy legal battle if they wish to silence the chiming, however  Wüthrich’s bill would put the issue on the political table where it belongs, he said.
Writing on his Facebook page the politician stressed that the bill wasn’t against churches, but for a better quality of life.
“People’s right to peace and quiet is worth more than tradition,” he told Schweiz am Sonntag.
“The chiming of bells isn’t a Christian tradition but serves only to indicate the time. Today, no one is dependent on that.”
Switzerland’s penchant for bells has hit the headlines on several occasions.
Most recently a Dutch woman, long-term resident in Switzerland, ruffled feathers in her village after complaining about both church bells and cow bells.
The night-time noise of cow bells saw one farmer face a long legal battle after his neighbours demanded he remove the bells at night because they disturbed their sleep.
The farmer lost his appeal last May and was ordered to remove the bells from his cows between 10pm and 7am.