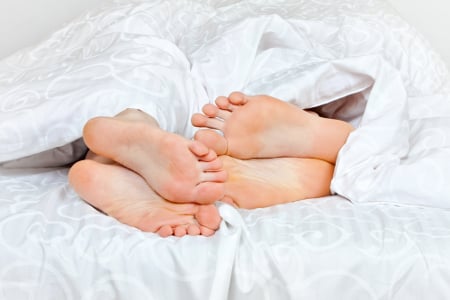 Photo: OlyPhotoStories/Depositphotos
The cartoon strip brochure is an attempt by the hospital’s family planning and sexual health unit to address concerns that Swiss people are shy about addressing sex-related problems.
It depicts people in 12 different scenarios trying to talk about issues related to sex and relationships, including taking responsibility for contraception, getting tested for sexually transmitted diseases, libido issues, talking about sexuality and marital violence.
The brochure was produced following a 2016 ‘Sex in Switzerland’ survey which found that only 10 percent of men and 20 percent of women speak about their sexual behaviour to their doctor, though 40 percent would like to be able to.
Speaking to Le Matin, HUG sexual health advisor Genevieve Preti said: “There is a gulf between what people would like to speak to their doctor about and what they really speak about.
“This brochure doesn’t contain answers but aims to facilitate dialogue.”
It’s more difficult for men to talk about such things, added Preti. While women can usually broach issues with a gynaecologist, men are unlikely to bring up a sexual health issue such as erectile dysfunction during a routine appointment with their general practitioner, she said.
Copies of the brochure will be placed in doctor’s surgeries and secondary school nurses’ offices.
Santé Sexuelle : Histoires d'en parler
Read more publications on Calaméo