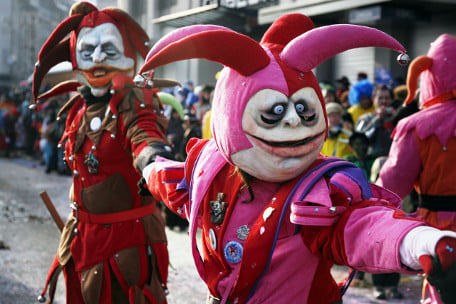 Photo: Elge Kenneweg/Lucerne Tourism
A long-time tradition, Fasnacht is characterized by colourful parades of people wearing elaborate costumes, carnival bands called guggen, plus plenty of eating, drinking, throwing of confetti and general merriment.
Join in the fun by visiting one or more of Switzerland’s biggest carnivals in the coming weeks.
Lucerne, Feb 23rd-28th
Photo: Elge Kenneweg/Lucerne Tourism
Lucerne’s spectacular event starts on so-called ‘Dirty Thursday’ at 5am, and there’s little let up from then on in. Three big parades attract thousands to the streets to hear the guggenmusik and watch people dressed in fantastically inventive costumes and carved wooden masks, carrying lanterns. The third parade, Monstercorso, rounds off the carnival in the evening of Shrove Tuesday, chasing the ghosts of winter away and welcoming spring.
Sion, Feb 23rd-29th
Still going strong after 42 years, Sion’s carnival attracts some 60,000 revellers over six days, culminating in a colourful parade on the Saturday comprising 30 guggen. This year’s festival has a hippy theme.
Bellinzona, Feb 23rd-28th
Photo: Remy Steinegger/Ticino Tourism
The most important carnival in the Italian-speaking canton of Ticino, Bellinzona’s celebration, called Rabadan, starts on Thursday night when the keys of the city are handed over to King Rabadan, who rules over the revellers until the following Tuesday. As well as the traditional guggenmusik, parades and children’s festivities, there are also DJ sets, concerts, aperitif events and a mass risotto-eating session on the Tuesday.
St Gallen, Feb 23rd-28th
A must-visit in eastern Switzerland, St Gallen's Fasnacht sees the guggen play on stages throughout the beautiful streets of  the Old Town and parade through the city on the Saturday afternoon.
Fribourg, Feb 25th-28th
Photo: Carnaval des Bolzes
Head to Fribourg’s pretty Old Town for the big parade of the Carnaval des Bolzes on Sunday afternoon, followed by the children’s parade on the Tuesday afternoon.
Bern, March 2nd-4th
Photo: Bern Tourism
One of the country’s largest events, the Swiss capital’s carnival celebrates the bear, the symbol of the city. The story starts back in November when the (symbolic) carnival bears are captured in the prison tower at Bärenplatz (Bear Square) for 111 days of slumber. On Ash Wednesday revellers gather again at Bärenplatz to ‘free’ the bears from their winter hibernation. A procession of jesters, musicians and traditional drummers – called Ychüblete – then proceeds through the city, sparking three days of revelry.
Zurich, March 3th-5th
It’s less traditional than events in other Swiss cities, but the ZüriCarneval is still well worth a visit for its guggen, costumes, children’s parade and general merriment.
Basel, March 6th-8th
The Morgestraich. Photo: Friedrich Reinhardt Verlag/Basel Tourism
Basel’s Fasnacht, the biggest carnival in Switzerland, has to be experienced to be believed. It starts at 4am on the Monday after Ash Wednesday (breaking with tradition by being a week later than other Swiss carnivals) when the city’s lights are extinguished and lanterns light up the streets instead. This ‘Morgestraich’, as it is known, kicks off three days of extreme partying, when the city centre is taken over by costumed revellers who have spent the entire year preparing their outfits. More than 10,000 masked participants parade throughout the city in two main processions on the Monday and Wednesday. 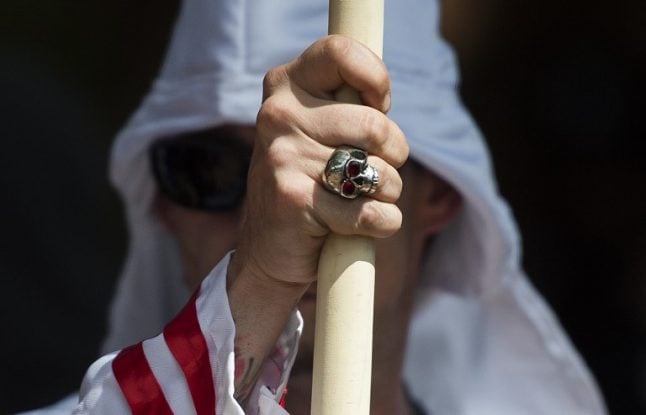 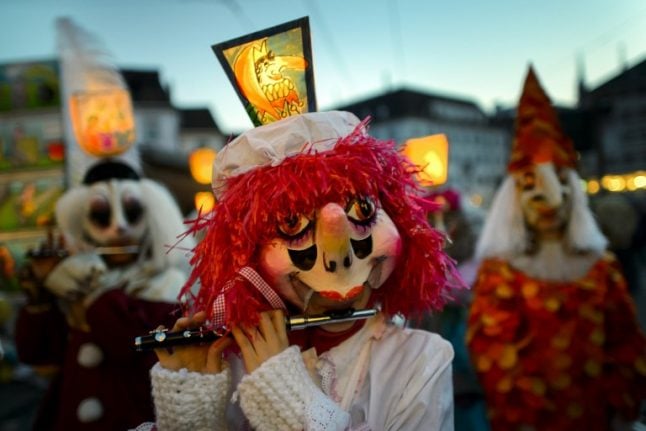 CARNIVAL
The best places to enjoy Carnival in Switzerland in 2019 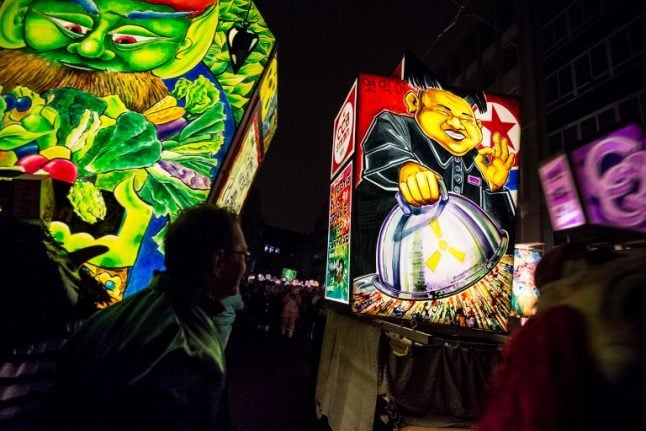 The event, inscribed onto Unesco's list of intangible heritage last year, begun at exactly 4am on Monday with the so-called Morgestraich parade during which participants headed through the streets holding lanterns showing topical subjects.

Targets of the satire that marks the Basel event this year included North Korean Supreme Leader Kim Jong-um and, for the second-year running, US President Donald Trump.

The unique festival lasting exactly 72 hours will end at 4am on Thursday so there is still time to join in the fun if you are in the vicinity.

Here are a selection of the best images so far:

I love experiencing local traditions! Yesterday, it was so fun to take part in Basel’s Fasnacht.
::::::::::
So much work must go into making these masks!
::::::::::#basel #swisstourism #fasnachtbasel pic.twitter.com/cqmPZN1JiQ

“Stepping on confettit all day at the Basel carnival” 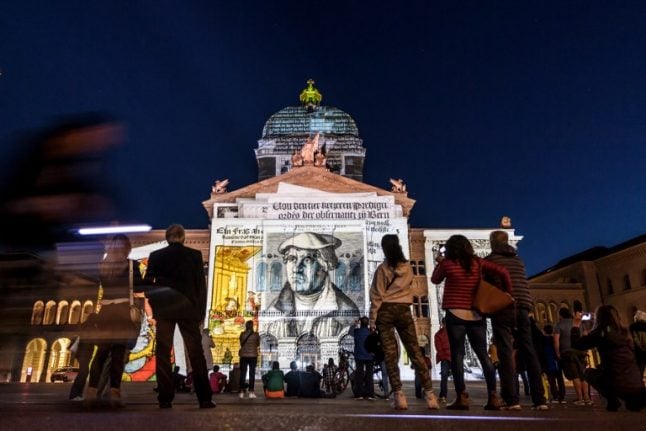 CARNIVAL
Five events to look forward to in Switzerland this winter

FESTIVALS
In pics: the best images of the Basel Carnival
Url copied to clipboard!