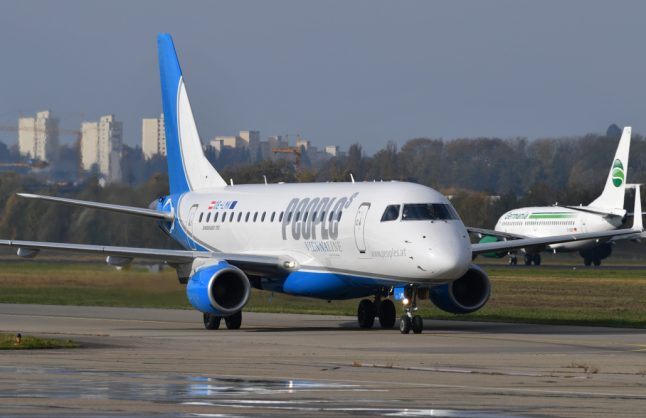 The Austrian People’s Air Group announced at the weekend that it has decided to retire its eight-minute flight between St. Gallen-Altenrhein, Switzerland and Friedrichshafen in southern Germany, over Lake Constance (Bodensee). The final take-off is set for April 14th.

The airline started up the 20-kilometre trips last November, offering two daily flights each way. A one-way ticket was priced at around €40.

“The withdrawal of the flight is very regrettable to the region and the Bodensee [Friedrichshafen] Airport,” said airport boss Claus-Dieter Wehr.

The airline explained that use of the flight route had “only haltingly increased” since it was launched.

“There was indeed small, recognizable progress, but we don’t think that the targeted number of passengers could have been reached,” said airline owner Markus Kopf, adding that the route had entailed too many costs.

Environmentalists who opposed the mini-trip from the start will most likely be glad to hear that it will no longer continue, after they argued that the high amount of fuel consumed for the brief trip was excessive. Others had also complained about the amount of noise produced during take-off and landing.