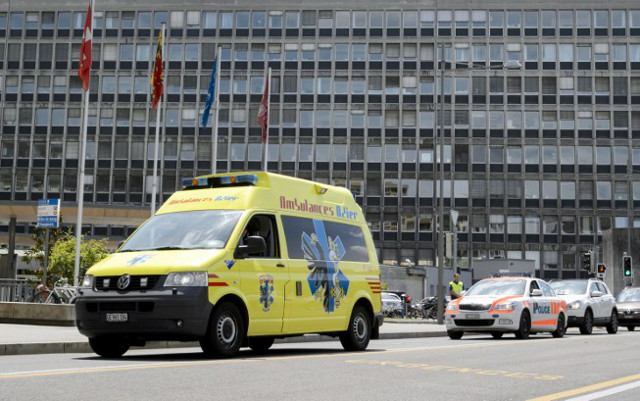 Photo: AFP
The Servette players were returning from a match when their team bus stopped on the motorway close to Zurich.
Sion fans, returning from another game, had stopped at the same rest area and attacked Servette players as they left their bus.
Windows were broken and the bus driver injured, added police, who described the assailants as “so-called Sion fans”.
The attack came on the same day that Corsican fans of the Bastia club invaded the pitch to attack Lyon's players in France before and during their Ligue 1 match.
The match was abandoned at half time. Read more via The Local France here. https://www.thelocal.fr/20170417/video-french-football-shamed-as-fans-attack-players-on-pitch
Url copied to clipboard!