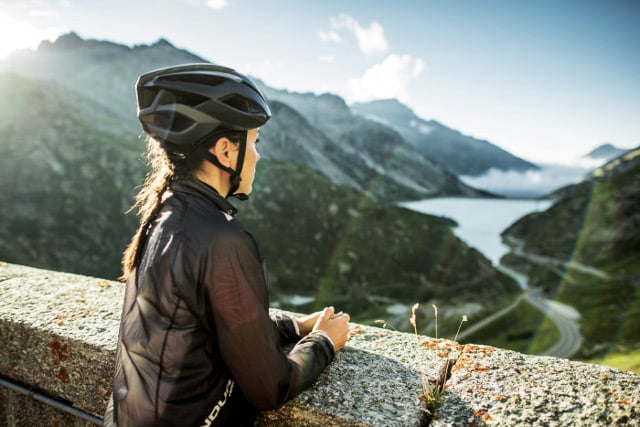 Recently Swiss tourism announced it was making cycling the theme of its summer campaign in 2018.

“We guarantee the most intense cycling experience in the world,” declared Switzerland Tourism’s director Martin Nydegger.

One of the novelties is the Ride the Alps series of events which will see roads leading over Switzerland stunning mountain passes go car-free for cyclists on 10 days of the year.

But it’s not all for hardcore cyclists: Switzerland Tourism is also targeting beginners, including guests from Asia, with its First Bike Experience offer.

To honour the country’s summer of cycling, here are six of the best road cycle rides in Switzerland – as selected by experts.

For novices: Three lakes region
Cycling around Lake Neuchatel. Photo: Christian Perret/Swiss Tourism
If you're a novice cyclist or want a gentle ride head for a lake, as the roads are likely to be flatter. The Three Lakes region, around the lakes of Neuchâtel, Morat and Biel-Bienne, is perfect. “It's the alternation of small towns, charming little villages, fields, forests and quiet roads that makes casual riding so enjoyable,” says Michael Ronkin, a guide with Geneva-based tour company Bike Switzerland.
Plus you cross the Röstigraben half a dozen times, he adds. So make sure you figure out whether you should be saying ‘bonjour' or ‘Grüezi' as you ride by.
For classic Swiss countryside: National Route 9
Lake Brienz, on the National Route 9. Photo: Ivo Scholz/Swiss Tourism
Riders wanting to see classic alpine Switzerland but without the climbs can always cheat on this multi-day trip, says Ruedi Jaisli of Zurich-based company Swiss Trails. Leading from Lake Geneva to Lake Constance it shows off Switzerland's picture-postcard scenery with blue lakes, snowcovered peaks and famous towns such as Gruyères and Gstaad.
It also has some rather nasty hills including the Saanenmöser Pass and the Brünig Pass. “But both these plus a few other uphills can easily be done by using the local transportation,” says Jaisli. An uphill is always followed by a downhill, and doing the uphill by train or bus just leaves the spectacular downhill by bike.”
For something different: National Route 7
The beautiful Jura. Photo: Jan Geerk/Swiss Tourism
One of Jaisli's must-do routes, this one “leads along the chains of the Jura mountains from Basel to Geneva, has many ups and downs and presents a landscape which is unique,” he says. It's “a very extraordinary, special landscape and culture” that's vastly different to the classic alpine scenery elsewhere in the country, he adds.
For amateur racers: Finhaut to the Emosson dam
The Emosson dam. Photo: Caroline Bishop
Featuring in a stage of last year’s Tour de France, this beautiful route offers some spectacular views on a quiet road with little traffic. “The landscapes as you climb from Finhaut are absolutely amazing because you can see the Mont Blanc from the top,” says Alain Rumpf of cycling company Grand Tours Project. “It's a wonderful place to ride.”
For a challenge: Tremola pass
Switchbacks on the Tremola pass – certainly a challenge. Photo: Ivo Scholz/Swiss Tourism
“Within the classic climbs in Switzerland I think that the Tremola, the south side of the Gotthard, is a must,” says Rumpf. “Because it's one of the bigger passes, the top is at about 2,100m, and it has some amazing  switchbacks.” It also has a cobbled section, offering a special challenge for advanced riders. “Cobbles are something iconic in cycling,” he says.
For a unique experience: Col du Sanetsch The Lac du Sanetsch. Photo: Perreten/Depositphotos
A “hidden gem,” according to Rumpf, this alpine pass starts in Sion in the Valais and climbs 1,700m through vineyards, pastures and into the high mountains at the foot of the Diablerets glacier. “There's such a diversity of landscapes. When you get to the top you can descend a few kilometres on the other side, you get to a beautiful lake, and then the road stops.”
From there, you can put your bike on a cable car and descend to Gsteig. “It's something absolutely unique. With your bike you can do something that a car can't do. You end up in Gsteig and you can keep riding.”
A version of this article originally appeared in May 2017. 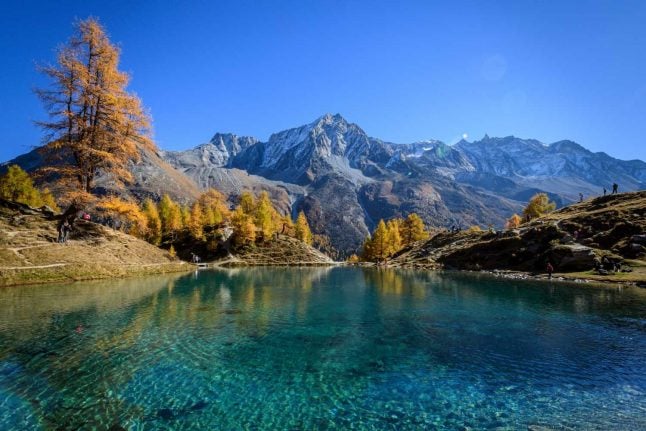 WEATHER
Summer weather to continue across Switzerland this week
Url copied to clipboard!