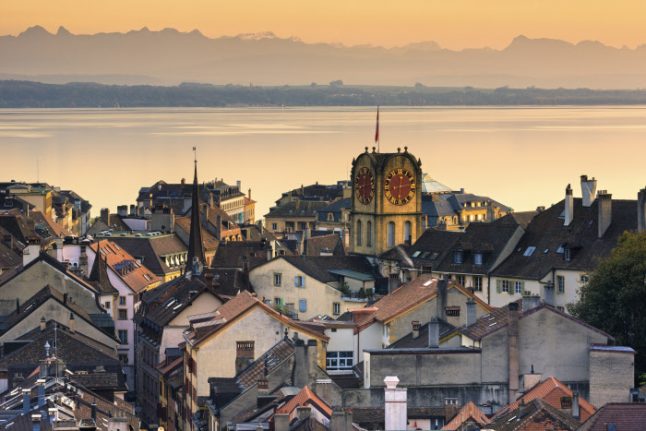 The city of Neuchâtel. Photo: Andreas Gerth
In a statement, Neuchâtel police said an investigation had been opened into Guéniat’s death but that “everything leads us to believe he ended his own life”.
The “deep emotion” felt by the police and criminal justice authorities reflects how well liked and admired Guéniat was in life, added the statement.

Guéniat, 50, was an expert in the field of drug crimes and juvenile delinquency and had written books and articles on the topics.
The criminologist and forensic scientist was formerly head of the Jura cantonal police scientific service before becoming chief of Neuchâtel canton’s criminal investigation department in 1997.
He also sat on several federal commissions dealing with issues in his field.
Speaking to news agency ATS, the head of Jura canton’s justice department said Guéniat was “one of those people who was undisputed in his field. He had a brilliant mind”.
Tributes poured in from many sectors, including journalists, politicians, colleagues and organizations in his field including Addiction Suisse, which hailed his ability to engage with young people and his generosity.

Newspaper Le Temps was among many media outlets to pay tribute to Guéniat’s humanity, saying he “gave a human face to the police.
“He always knew to put things in context and wasn’t afraid of going against the tide or tackling those who liked to exploit public insecurity,” added the paper.
The former commander of Neuchâtel police Andre Duvillard told Le Temps Guéniat’s death was “incomprehensible”.
Socialist MP and criminologist Rebecca Ruiz said on Twitter Guéniat was a “fabulous teacher, a pragmatic police officer and a brilliant intellectual”.