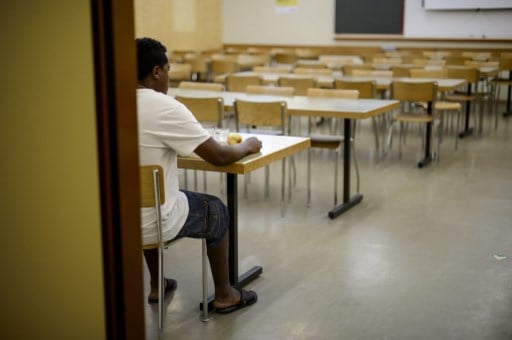 An asylum seeker at a centre in Realp, Switzerland. Photo: Fabrice Coffrini/AFP
According to official results 54.3 percent of voters rejected the plan in a referendum challenge brought by the right-wing Swiss People’s Party (SVP).
The majority of the money would have been dedicated to providing appropriate accommodation for unaccompanied minors arriving in Switzerland as asylum seekers, said news agencies.
Young asylum seekers are ideally supposed to be lodged in specialist centres that offer support and protection for young people.
Such places cost more than regular asylum seeker centres, and are not covered by the federal government.
The Bern cantonal government had approved the extra funds, however the SVP, which instigated the referendum, argued that “luxury solutions” paid for by tax-payers were unnecessary and that the majority of these unaccompanied minors were not children but young adults.
As a result of the ‘no’ vote, canton Bern will not have enough money to lodge young asylum seekers in specialist centres in the future, Swiss media reported.
The canton is not the only one without sufficient funds to support young unaccompanied asylum seekers, the number of which has risen in the last two years.
Several cantons are petitioning the federal government for additional funds.
In April the Federal migration office (SEM) announced it would launch a one-year pilot project in July to ensure young asylum seekers are properly accommodated and cared for.
The pilot will allow the government to test and evaluate the situation of young asylum seekers and adopt successful measures.
According to the SEM, just under 2,000 unaccompanied children and young people sought asylum in Switzerland in 2016, 7.3 percent of the total number of asylum seekers. That compares with 795 in 2014 (3.34 percent).
Of those minors arriving in 2016, 63 percent were aged 16-17, 34 percent aged 13-15 and 2.5 percent aged 8-12. The vast majority (83.7 percent) were male.
The top three countries of origin were Eritrea (850), Afghanistan (352) and Somalia (247).
In general, the number of people (of all ages) seeking asylum in Switzerland has dropped in recent months.
SEM figures show that 1,307 asylum requests were lodged in April this year, 25 percent fewer than the same month last year and the lowest number in any month since February 2011.
In 2016 27,207 people made an asylum application in Switzerland, a third fewer than the previous year.
The SEM expects a similar number this year, it said.

CHILDREN
What names do foreign nationals give their babies in Switzerland? 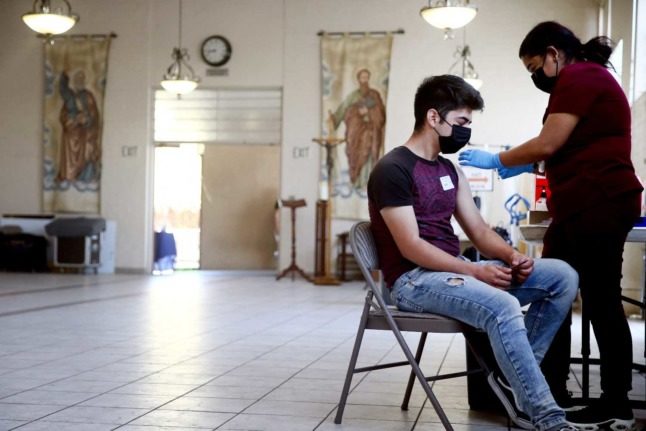 Children can be vaccinated from the age of 12 in Switzerland from mid-July. Photo: MARIO TAMA / GETTY IMAGES NORTH AMERICA / Getty Images via AFP

Switzerland has confirmed that it will extend its vaccination program to people aged 12 and above from mid-July.

Previously, cantons vaccinated only from the age of 16 and up.

Vaccinations of children are considered to be essential to the Swiss inoculation strategy, which aims to reach herd immunity in the population.

“We are doing everything in our power to ensure that vaccination is also accessible for children and adolescents as soon as possible”, said Anne Lévy, director of the Federal Office of Public Health (FOPH).

Vaccinations of people between the ages of 12 and 17 will be carried out with the Biontech/Pfizer vaccine.

Switzerland’s other approved vaccine, that from Moderna, is currently not approved for those under 18 although the company has applied for approval.

Do parents need to consent for their children to be vaccinated?

No. Swiss Health Minister Alain Berset confirmed to parliament that parental consent is not required in order for children to be vaccinated.

While some parents, particularly those who are sceptical about vaccines, may be dismayed by the decision, the position is valid in Swiss law.

Berset said minors from the age of 12 and up were “largely capable of judgement” and therefore can make their own decisions with regard to vaccinations, provided they are mentally healthy and conscious.

Where a child from the age of 12 satisfies this standard “no parental or legal guardian consent is required”.

Parents are only allowed to have a say on whether their child gets vaccinated if the child is incapacitated or otherwise unable to make the decision.

“Only if a child or a young person is incapable of judgment do the owners of parental authority have to give consent to the vaccination,” concludes Switzerland’s Federal Office of Public Health. 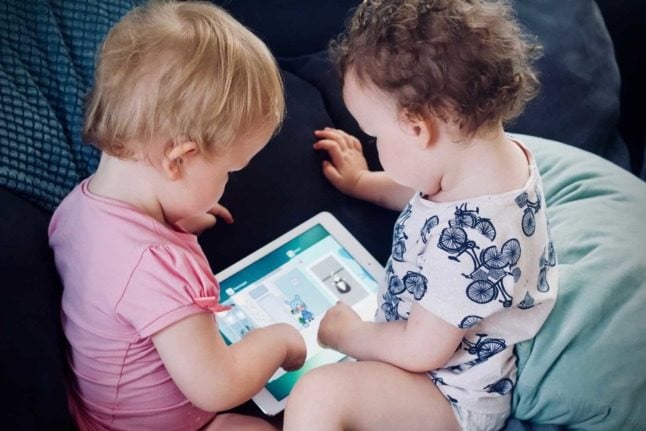 CHILDREN
REVEALED: The most popular baby name in each Swiss canton 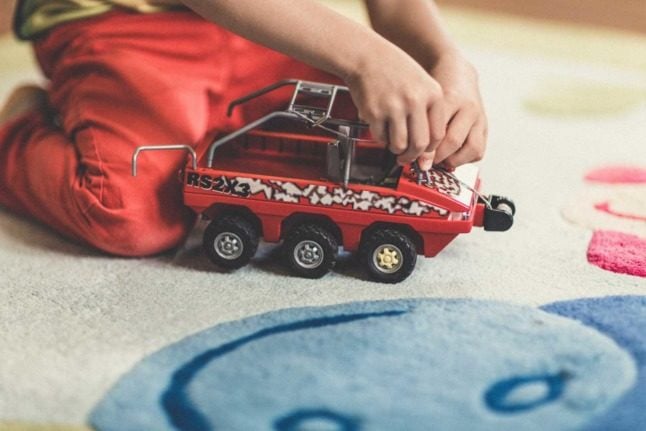 CHILDREN
What is emergency childcare in Switzerland and how do I access it?
Url copied to clipboard!