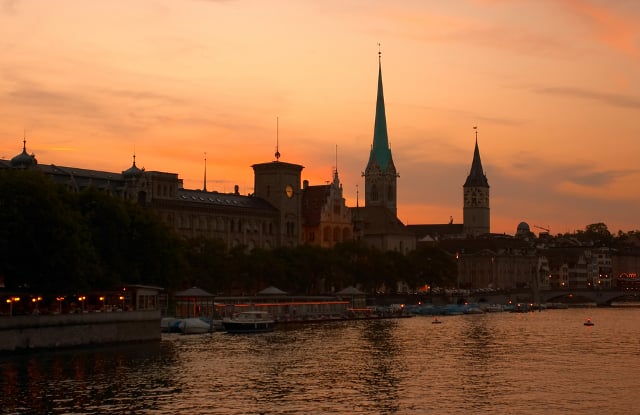 A summer night in Zurich. Photo: exinocactus/Depositphotos
Locarno reached 20.7 degrees during the night, while Stabio was an even warmer 22.1 degrees, according to MeteoNews.
The country is currently enjoying its first prolonged spell of summer weather, which should last until the middle of next week, according to forecasters.
The warm, dry weather should help attract people to the annual ‘open cellars’ event in the Valais this weekend.
According to news agency ATS some 240 vineyards are throwing open their doors this weekend, a record number for the event, which is now in its 11th year.
The ‘caves ouvertes’ weekend is a important – and profitable – promotional event for winegrowers, and a particularly crucial one this year as they face the prospect of severely reduced harvests following the frosts in late April that affected around 40 percent of vines in the canton.
“Given the surge in sympathy after the recent episode of frost, we are expecting an increase in the number of visitors at this year’s event,” Yves Aymon, president of winegrowers association IVV told ATS.
Temperatures are expected to surpass 30 degrees in southern parts of the country this weekend, with everywhere enjoying dry, sunny and warm weather until next Tuesday when storms are forecast.
Enjoying the sun this holiday weekend? Send us your pictures of Switzerland in the sun to [email protected] or tag us on Instagram/thelocalswitzerland.