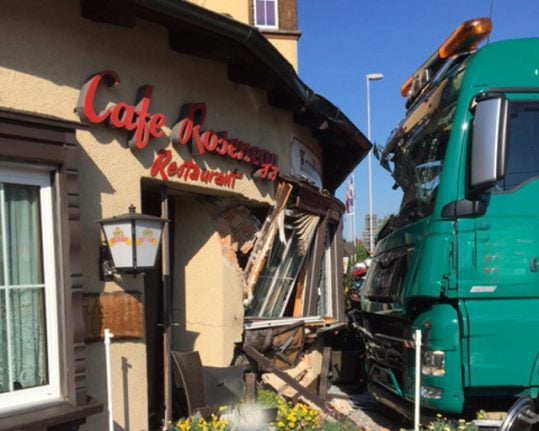 Photo: Lucerne police
The crash occurred shortly before 8.30am, said Lucerne police in a statement.
Several people were at the cafe at the time, an employee told 20 Minuten, but thankfully no one was hurt.
As yet it’s not known why the lorry crashed into the cafe.
The incident caused considerable damage to both the lorry and the terrace.