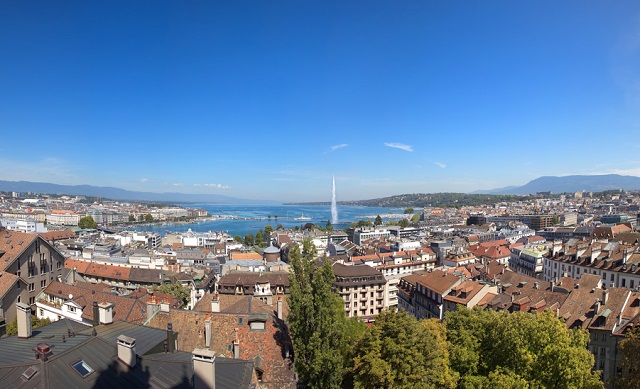 Only 14.1 percent said they saw safety and security as the “number one problem” in the area, which was by far the lowest percentage since the police began the triennial survey in 2004. In 2013, 37.8 percent of people labelled safety as their top worry, while in 2010 that figure had been 44.2 percent.

The feeling of safety was reflected in a positive perception of Geneva's police and security forces, with security rated on average 6.7 out of ten in 2016's survey, up from 5.8 three years earlier. Just under 69.9 percent said they thought the police were doing a good job, with the majority of the remaining respondents expressing no opinion and just 8.6 percent viewing the police force negatively.

Police said the results of the local security survey were “more than encouraging” – and that they reflected a decline in criminality across the area.

After reaching a record high level in 2011, instances of criminality have fallen each year in Geneva, with police saying minor crimes in particular had seen “a spectacular drop”.

In 2016, there were 35 offenses per 1,000 inhabitants; almost half the figure in 2011 (65). The decline was particularly strong in Vernier and the City of Geneva, though the latter remained the area with the canton's highest crime rate, with 48 offenses committed per 1,000 inhabitants last year.

The number of burglaries dropped from 31.2 percent in 2013, while instances of robberies fell from 13.8 percent to 10.2 percent. Physical and sexual assaults were down from 11.4 percent to 8.8 percent.

The number of accidents causing death or injury, including road accidents, had also fallen slightly.

“The decline is such that the canton of Geneva today has lower crime rates than those recorded since the introduction of the national police crime statistics in 2009,” said police.

“Where comparable data are available, current levels are so low that we have to go back to the mid-1990s or even the previous decade to see similar figures.”

Online scams and data thefts however were up compared to 2013, with the crime rate rising from 21.5 percent to 25.1 percent.

To get the results, police questioned a representative sample of almost 5,000 people and analyzed crime statistics in order to develop policing strategies.