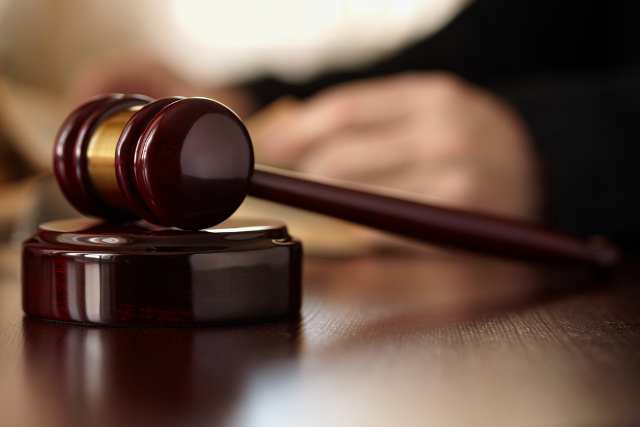 Photo: kuzmafoto/Depositphotos
The seven-person government executive on Wednesday firmly rejected the SVP’s popular initiative – which last year gathered enough signatures to put it to a referendum – and recommended that parliament do the same.
The initiative ‘Swiss law instead of foreign judges (initiative for self-determination)’ calls for Switzerland to put Swiss law above international law and, if necessary, renegotiate or renounce international treaties it has signed, including the Convention on Human Rights.
According to the SVP, the ‘elites’ consider international treaties to be more important than Swiss-made legislation.
“The people and the cantons have, for example, approved the unilateral management of immigration and the expulsion of foreign criminals, but politicians refuse to apply these decisions, invoking international law,” the party writes on its website.
Late last year the government decided not to fully implement an SVP-led anti-immigration initiative, approved by the public in a 2014 referendum, because it would contravene its free movement agreement with the EU.
The SVP also accused the government of heavily watering down a 2010 popular initiative to deport foreigners guilty of serious criminals by giving judges the right to make exceptions.
The self-determination initiative calls for decisions made by the Swiss people to be applied “without discussion and regardless of whether they please or do not please the ‘elites’ of federal Bern,” says the SVP.
The “abandon of sovereignty to the benefit of the EU” should also be stopped, as would the “automatic” adoption of EU and international law.
“Economic success, investments and job security are based on freedom, independence and self-determination,” it concludes.
READ ALSO: Ten things you need to know about the Swiss political system
But the Swiss government vehemently disagrees.
In a strongly worded statement it said the initiative “threatens the stability and loyalty of Switzerland”.
The initiative would require Switzerland to renegotiate international treaties that are contrary to its constitution and, if necessary, renounce them. It would also demand that Switzerland flout its current obligations, it said, and put any future international treaties to a referendum.
This would weaken the stability of Switzerland and “undermine the security of law and predictability, which are important factors in the choice of establishing a business in Switzerland”.
The initiative “promises to clarify the relationship between domestic law and international law, but it can’t keep this promise, because it presents many uncertainties and contradictions.”
Switzerland’s international position would be weakened as it would be opening itself up to retaliation from other countries if it did not respect international treaties. Neither could it demand that other countries adhere to their obligations if Switzerland does not.
“Switzerland is a small country which has everything to gain by respecting its engagements written in international law,” said the government.
The country’s adherence to the European Convention on Human Rights was of particular concern.
Speaking to the press, justice minister Simonetta Sommaruga said she was concerned that the people behind this initiative wanted to renounce the convention and have Switzerland define its own human rights.
“For Switzerland’s image it’s difficult to imagine that a country like ours, where human rights are so important, could end this accord one day.
“It’s the most important way in which we can protect and guarantee the freedom of all Swiss citizens. So I think it’s absurd to talk about ending it,” she said.
READ ALSO: Asylum seeker wins European court appeal against deportation from Switzerland
She also said the initiative would make Switzerland an unreliable partner in the eyes of the world.
“A Switzerland that wants to sign an agreement with another country but who says ‘maybe one day we won’t want to do this, we’ll maybe want to renegotiate but we don’t know yet’ is no longer a loyal partner.”
“Switzerland, where foreign relations are so important to the economy, needs stability, reliability, and this initiative goes against that.”
No date has yet been set for the referendum on the self-determination initiative.