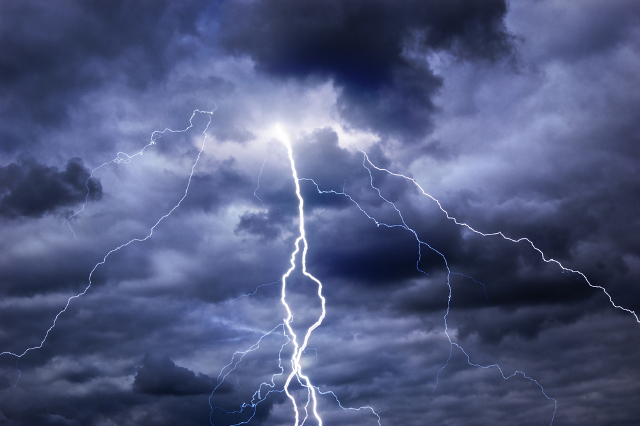 Photo: prudkov/Depositphotos
Switzerland’s national day started in steamy fashion in many places including Altdorf in the canton of Uri, where night-time temperatures didn’t drop below 27.5 degrees, beating the previous August 1st night-time record of 26.9 set in 1983, SRF Meteo said.
A rare summer foehn wind pushed temperatures up during the annual national holiday, with the hottest place in the country being Sevelen near St Gallen, which reached 35.7 degrees.
Other parts of eastern Switzerland reached similar heights, with 34.9 in Chur and 34.3 in Glarus.
In around 20 places in the country it was the hottest Swiss national day since records began, said SRF Meteo.
READ ALSO: Could this be Switzerland's hottest ever summer?
After the heat of the day, thunderstorms moved in bringing heavy rain, hail and high winds in some parts.
During the afternoon three cars were trapped by a mudslide on the high mountain road to Derborence in the canton of Valais. Fortunately no one was injured.
The road was shut for three hours while the debris was cleared away, Valais police told 20 Minutes.
A fire broke out at a house in Wienacht-Tobel in the canton of Appenzell Ausserrhoden  after it was struck by lightning, 20 Minuten said.
During the night a violent thunderstorm moved across the country from the canton of Jura to Basel and on across Lake Constance.
In Eschenz in the canton of Thurgau 34mm of rain fell in just ten minutes, reported SRF Meteo.
Hurricane-strength winds battered many places, with winds as high as 170km/hr hitting Marthalen in the canton of Zurich and 134km/hr in Leibstadt in the canton of Aargau, said MeteoNews.
Wednesday’s weather is set to be calmer, though temperatures will remain high, with the mercury surpassing 30 degrees across most of the country.

With 36.9C recorded in Beznau, in the canton of Aargau on Sunday, Switzerland equalled the high temperature record held by Basel since 1947.

Other Swiss towns experienced sweltering temperatures as well: In Neuchâtel the mercury rose to 36.5C, in Sion it hit 36.4C and  in Lausanne it was 32.6C, according to MeteoNews.

Temperatures were decidedly more pleasant at high altitudes in the mountains: the temperature of 16.9C was recorded at 2,900 metres in the shade on the Diablerets glacier.

Whilst lower down at the Moléson in Fribourg, which stands at 2,000 metres, a more seasonal 24 degrees was recorded.

Like its neighbours, “Switzerland is not immune to brief and extreme phenomena”, climatologist Martin Beniston, honorary professor at the University of Geneva, said in an interview with Tribune de Genève.

And if high temperatures continue — as they are forecast for next days — “the very dry ground will reinforce the warming, it is a vicious circle”, said Vincent Devantay, meteorologist from MeteoNews.

This means higher risk of fires, especially in the forest. “They have really dried up compared to last year. The lack of rain is becoming extremely worrying”, he pointed out.

Thunderstorms are predicted in parts of Switzerland towards the end of the week but they will not necessarily prevent the drought, Beniston said.

What the soil needs are “gentle showers, repeated, for two to three weeks”, rather than occasional heavy thunderstorms that don’t provide enough moisture for the earth’s deeper layers.

Continued rains are not expected in the immediate future and  forecasts for the summer months predict more intense heatwaves.

READ MORE: How this week’s heatwave will hit Switzerland and how to stay cool

What are the consequences of the heatwave and no rain?

As The Local already reported, Swiss glaciers are now melting faster than usual, partly due to the early heat wave in May.

But there is more.

Hydrologist Massimiliano Zappa, also warns that current very high temperatures and no rain could speed up the drought across Switzerland, especially as Swiss rivers and streams “have a lower flow than the average of previous years”.

“In Spain and southern Italy, for example, people know how to get by with little water, because they have been educated to meet their daily needs with less. But this is not part of Swiss mentality”, Zappa said.

The heat wave could also impact railway installations as well as electronic devices, according to Le Temps newspaper. 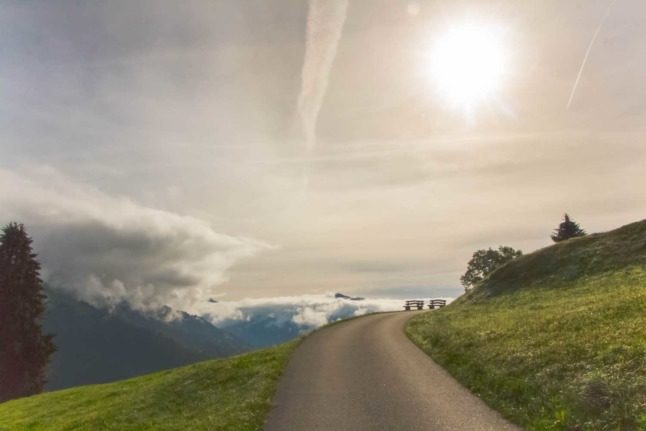