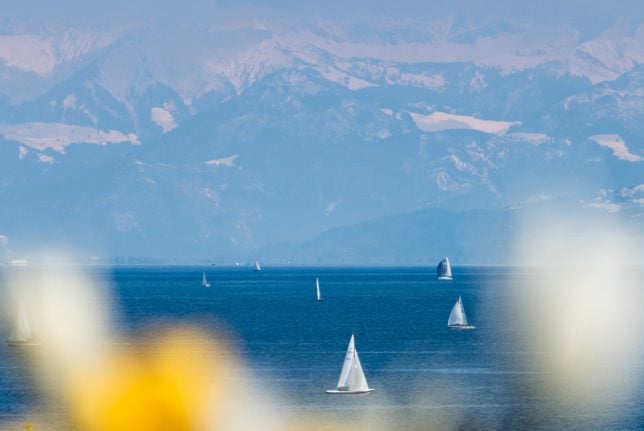 A view of Lake Constance from near Konstanz. Photo: DPA.

Two people are feared dead after a small airplane crashed into Lake Constance on Tuesday on its way from Zurich to Hamburg.

Police report that at about 11:30am, the airplane left the airport in Zurich, headed towards Hamburg. By 11:53am, witnesses reported the crash to authorities in Konstanz, Baden-Württemberg. The single-engine aircraft had crashed near the island of Mainau — a popular tourist attraction in the lake area, nicknamed flower island. The lake has a depth of about 60 metres.

Mainau officials said people on the island could not see what happened because the north side, where the crash happened, is wooded and not open to visitors.

Police believe that two people were on board the plane, and German regional broadcaster SWR reported that both are likely dead. A police spokesperson would neither confirm nor deny the report to DPA.

Rescue efforts were still underway in the afternoon as waterway police used a diving robot to search the area.