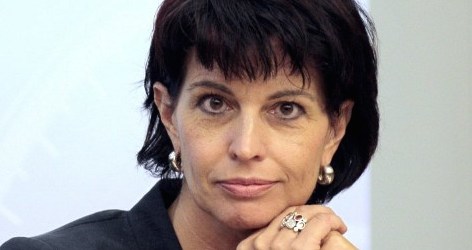 In a tweet by the government spokeperson, Leuthard spoke of a “cowardly terror act”.

Fourteen people were killed, 13 of them in Barcelona and one in the coastal town of Cambrils.

“Once again a cowardly act of terror Europe has been carried out in Europe,” Leuthard said.

“Switzerland condemns this in the strongest terms – as it always condemns all violence driven by hatred and fanaticism.

“My thoughts are with the victims and their families.”

A number of foreigners were among the victims of the attack on Barcelona's Las Ramblas boulevard that is frequented by tourists.

Police in Spain are hunting the driver of the van that ploughed into pedestrians on Thursday afternoon.

READ ALSO: ‘Barcelona is a city of peace and will continue to be’: Spain reacts with defiance to Barcelona terror attack

The leading Swiss travel agencies – Hotelplan and Touristik Suisse – are offering customers who have booked trips to Catalonia the opportunity to rebook free of charge until Monday, the Blick newspaper reported.