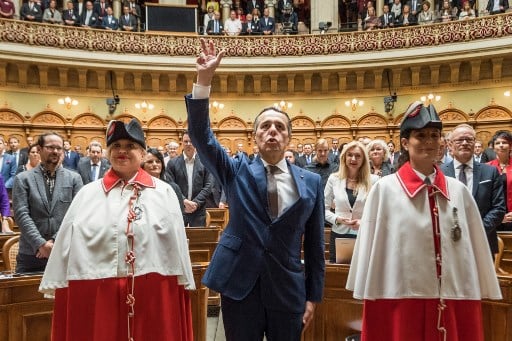 Ignazio Cassis is sworn in. Photo: Peter Schneider/Pool/AFP
Cassis was elected by 125 votes on the second round of voting, beating fellow candidates Pierre Maudet (90 votes) and Isabelle Moret (28), reported Swiss media.
The 56-year-old, who was already a federal MP, becomes the eighth person from the Italian-speaking canton of Ticino to join the seven-member Federal Council, Switzerland’s government executive.
READ ALSO: This is how Switzerland elects a new federal councillor
He was the favourite in the race to succeed Burkhalter, mainly because a native of Switzerland’s Italian-speaking region has not sat in the Federal Council since 1999.
His election balances the linguistic diversity of the government, which must be respected under Swiss law.

Speaking to 20 Minutes, the president of Ticino’s cantonal government Manuele Bertoli hailed it a “very important day for the canton, for Italian-speaking Switzerland and for the distinctive features of our peripheral region”.
“Although I don’t have the impression that we are forgotten, we will from now on be more present and will ensure that we are properly represented. This result has come at the right time,” he added.
READ ALSO: Ten things you need to know about the Swiss political system
Cassis made an acceptance speech in all four of Switzerland's national languages, saying he vowed to respect differences of opinion.
He was congratulated by many on Twitter, including fellow federal councillor Johann Schneider-Ammann.

Outgoing foreign minister Burkhalter announced his resignation in June. He will step down on October 31st.
However Cassis will not necessarily replace him as foreign minister. Under the Swiss system the ministerial positions are decided by the members of the Federal Council themselves, with the top posts going to the longest-serving members. 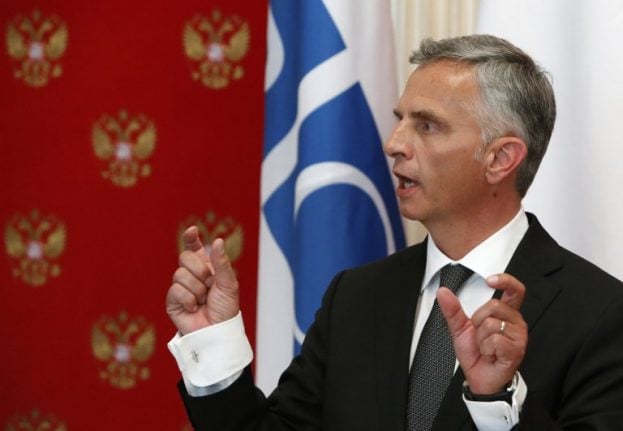 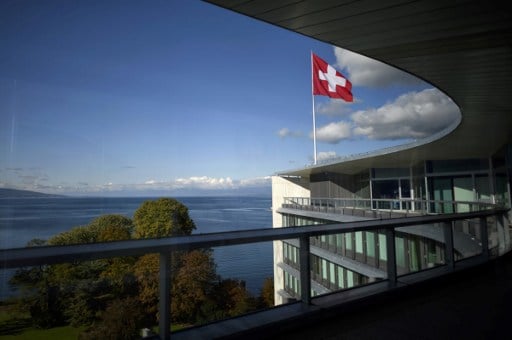