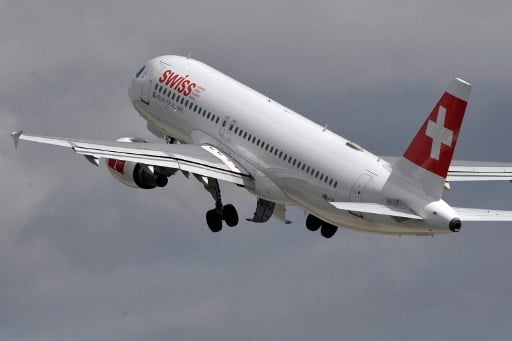 Photo: Fabrice Coffrini/AFP
A regular scheduled Saturday flight will operate between the two airports from January, Swiss Tourism said, adding to the February flights already announced.
In total eight round trips will be offered over the season, bringing Britain-based visitors closer to major ski resorts in the Valais including Zermatt, Verbier and Crans-Montana.
Swiss first trialled the route last February for a short period.
Operated for Swiss by Helvetic Airways, prices start from £64/83 francs one way.
The flights will join those offered by new airline PowdAir, announced last March, which will run between Sion and five airports in the UK throughout the ski season from December 2017 to April 2018.
Sion airport’s new activity comes as the city prepares to bid for the 2026 winter Olympics and Paralympics.
The Swiss Olympic Committee is supporting Sion’s plans – which will involve collaboration with the canton of Vaud – however the decision to bid must still be approved by the Swiss government, due in October.

SPORT
What is the secret to Switzerland’s Olympic success?
Url copied to clipboard!