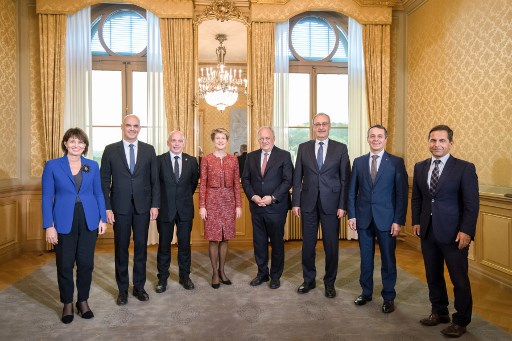 Cassis will replace fellow Liberal-Radical politician Didier Burkhalter, who has headed the ministry since 2012.

Parliament elected Cassis, an Italian speaker from the canton of Ticino, to the federal government on Wednesday.

In a statement, the Federal Council said all the other ministries would retain their current heads.

“It is an honour for me to represent Switzerland, its institutions, democratic system and diverse culture on the international arena,” it quoted Cassis as saying.

The government spokesman, André Simonazzi tweeted the news in Italian.

Cassis, who speaks several languages, addressed relations with the European Union in his acceptance speech on Wednesday, saying it was time for a new start.

The announcement came after the Federal Council met on Friday to discuss the distribution of portfolios.

Although Cassis had been expected to inherit the foreign ministry, it was an opportunity for existing cabinet members to make a switch.

The decision is taken by the Federal Council as a whole, but ministers can voice a preference for another ministry according to their seniority in the government.

The Federal Council will make its decision official at a meeting on November 1st.