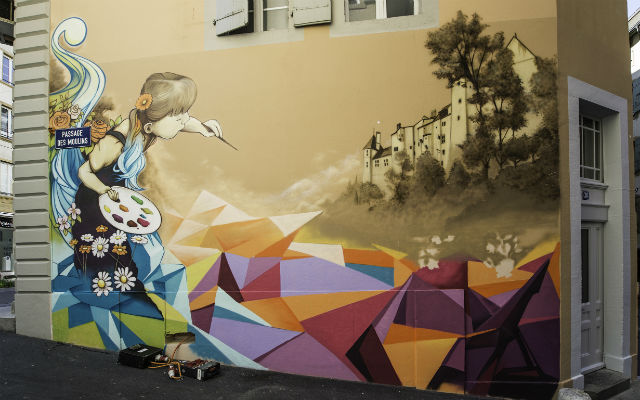 The project to transform Rue du Neubourg starts today and painting will last two months, according to Emmanuel Gehrig, a spokesman for the City of Neuchâtel.

“The idea is to fight tags in places particularly conducive to their proliferation,” Gehrig told The Local. “But also to beautify the city by paying tribute to its culture and its history.”

Local street artists Kesh and Wilo will partake in the project, which is being led by Canadian illustrator John Howe.

Gehrig says there are other 19th century figures “scattered around the city” as part of the project Neuchâtel Belle Epoque promoted by local tourism body Neuchâtel Tourisme. The other side of Rue du Neubourg in the city's centre will depict landscapes. Quotes by famous people about the city of Neuchâtel will also be peppered across different parts of the wall.

The project is funded by the Villablanca Association, a union of governmental and non-governmental organizations dedicated to removing and wiping out tags in the city, according to a press release by the City of Neuchâtel.