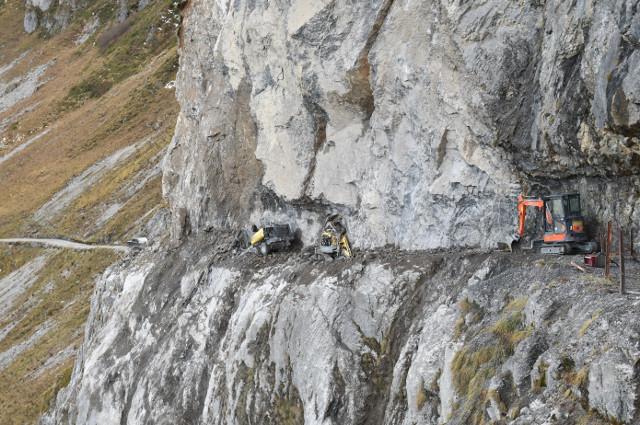 Photo: Uri cantonal police
Three men were working to broaden a path between Ruosalp and Alplen at an altitude of about 1,500m when about 2,000m3 of rock fell from above.
One workman was able to free himself and was treated for minor injuries.
But two others – a 26-year-old and a 62-year-old – were swept away.
The accident happened in an area that is difficult to reach and was clearly unstable.
The rock had to be assessed by geologists and the area secured before searches could be carried out. An alarm system was also installed, Uri police said.
A remote-controlled excavator robot was sent into the rubble to try and find the missing workers.
Finally, at around midday on Wednesday, two weeks after the rockfall, rescue services discovered the bodies of the two men.
Investigations are ongoing to determine the cause of the rockfall, said police.
Url copied to clipboard!