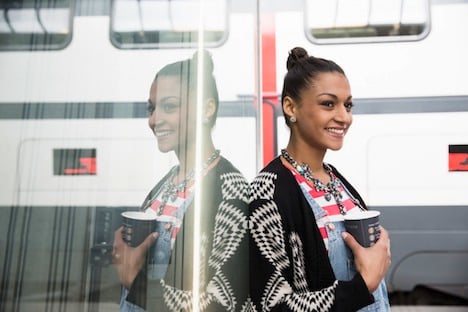 The pilot project could lead to a prohibition on smoking in railway stations from the end of next year, according to the NZZ.

It would mark the biggest anti-tobacco offensive since the complete ban on smoking in trains that took effect in 2005.

Station buildings became smoke-free but railway passengers are still permitted to puff cigarettes on the platforms.

Bellinzona station would be smoke-free except for three platforms with two smoking zones each, and Neuchâtel would ban smoking but provide a smokers’ lounge.

SBB spokeswoman Franziska Frey confirmed to the Swiss news agency SDA that tests restricting smoking “in five or six locations” would be carried out next year.

“No decision has been taken to make all SBB stations smoke-free,” she said.

The SBB trial is said to be driven by passengers’ concerns to reduce passive smoking.

The railway operator is also concerned by the costs of cleaning up discarded cigarette butts.

NZZ said the tests would be introduced with the new SBB timetable that comes into force on December 8th.

The SBB’s plan would bring Switzerland into line with its European neighbours, France, Italy and Austria, which already have a complete smoking ban in place.

According to the SBB paper, the decision on whether or not to impose the nationwide ban will be taken in the first half of next year.