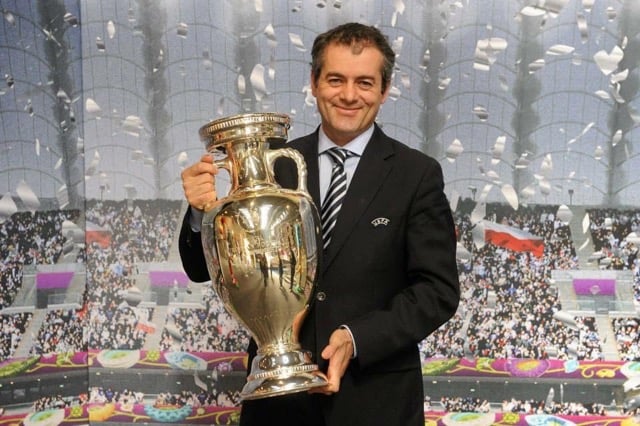 Photo: Alexandre Fourtoy
Ross, 51, left his home in Oxford, UK, on October 18th, telling family he was going to visit his sister in London, but he never arrived and has not been seen since.
Police and Interpol suspect the former football executive entered France via Calais and may have travelled to the south of France or Switzerland.
Thames Valley Police confirmed to The Oxford Mail that they were investigating the disappearance.
The missing man's wife Jacinta Ross told The Local it was possible that her husband was in Nyon – where Uefa is based – or around the St Cergue area where the family lived half the year for 11 years.
Ross was head of production at Nyon-based Uefa from 2006 to December 2016, responsible for delivering events including Euro 2016 to TV screens.
After leaving Uefa he was subsequently diagnosed with bipolar disorder and hospitalized, said Jacinta Ross.
The family is desperate to find him, she said. “He is not well and his medication is running out. He was last known to be in the south of France but that was days ago. The trail since then has gone cold.”
Interpol notified Swiss police, she said, who have asked Uefa colleagues to be on the look out for Ross.
“He is not considered to be a danger to anyone but himself,” she added.