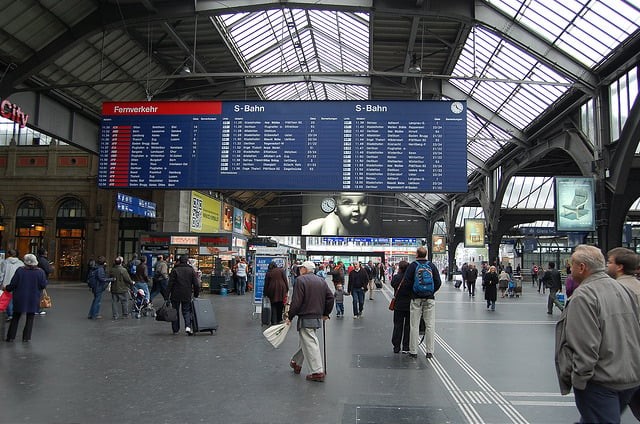 Zurich main station. Photo: Yusuke Kawasaki
In a statement, cantonal police said ten concrete units were installed to create a clear separation between the street and the pedestrian areas in the station.
Police are “constantly reviewing” security measures at the station and frequently make changes which are not always visible to the public.
These concrete blocks are visible, however, and will prove a “useful and effective security measure,” said police.
They have been placed in such a way to have little impact on the flow of pedestrians in the station, they said.