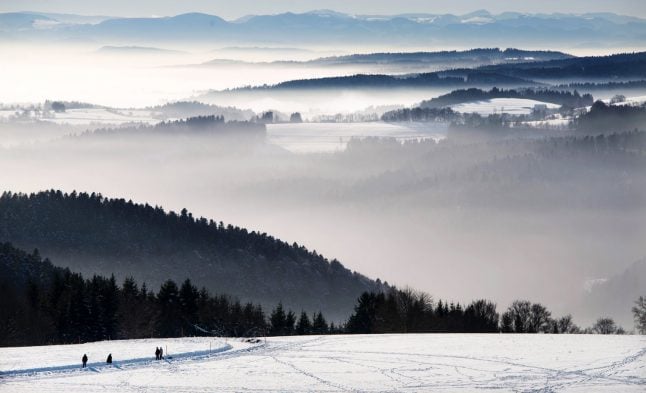 The latest incident involved a group of five climbers in the Valais region close to the Hofathorn peak at 2,844 metres (9,330 feet) when a local man was swept away by an avalanche on Monday.

The 39-year-old was quickly found and recovered by his companions but later confirmed dead by the emergency services.

In a separate incident, a group of three mountaineers were hit by an avalanche in the Valais region on Saturday after leaving the track at 2,700 meters in the St Luc region.

Rescuers managed to quickly locate two of the group, who had slight injuries, and used a helicopter to fly them to hospitals in Sion and Viege, but a 29-year-old Swiss woman was seriously injured and died on Sunday.

In a third incident, a 31-year-old Frenchman died in an avalanche in the Grisons region, in the east of Switzerland, after trying to climb the 2,376-metre-high Glattwang mountain alone.

His body was found buried under three metres of snow on Sunday after several hours of searches.

Police say a mass of snow collapsed over the path he took, which carried him more than a kilometre.

TRAVEL
Can Switzerland still save its ski season?
Url copied to clipboard!