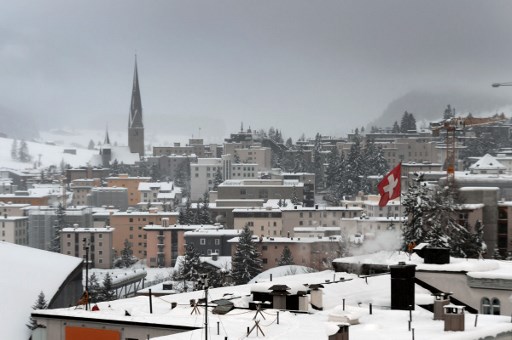 Davos is gearing up for Trump's visit. Photo: Fabrice Coffrini/AFP

While a spokesman for the Swiss government said it was “delighted” that President Trump was coming to the mountain resort of Davos, centre-left politicians have made their displeasure clear.

Details of the visit would be worked out between the two sides in the coming days, he said.

The Federal Council has taken note of the US president’s intention to attend the WEF Annual Meeting in Davos and is delighted that he is travelling to Switzerland for this event. As stated yesterday, the Swiss president #PrésidentCH @alain_berset expressed his desire to meet…

Meanwhile, the youth wing of the Social-Democratic Party SP is calling on the government to prevent the visit and has begun collecting signatures to a letter to the Federal Council, Blick reported.

It said the Social Democrats had also launched a Facebook campaign to oppose the visit.

It was calling on “all those who see Trump’s policies as posing a danger to progress, security and the environment” to sign the online petition.

The Graubünden branch of the SP said in a statement that the US president was free to visit, but this did not mean he was welcome.

A left-wing protest group, Campax, has also launched a petition against the visit and is planning to stage a demonstration, Blick said.

Swiss petition to keep Trump out of @Davos https://t.co/0A0eKHgvA6 via @ChannelNewsAsia Sign the petition here> https://t.co/VeZUQcKYDZ

In Davos itself the locals are rejoicing at the prospect of Trump’s visit, the paper said, with shops and restaurants hoping to serve the US president and his entourage.