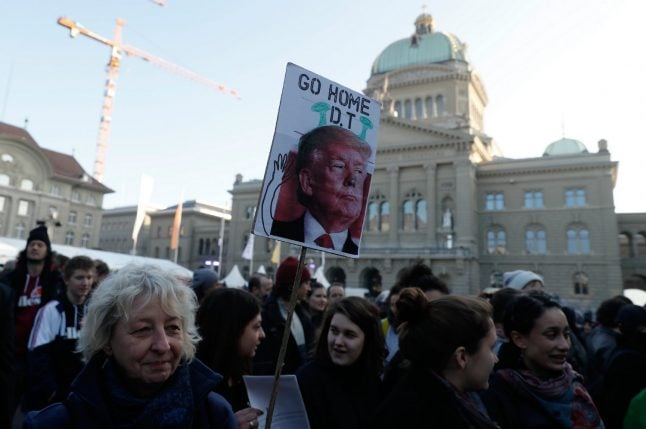 With placards reading “Eat the rich” and “Fight WEF, Trump, capitalism”, the protesters also targeted the annual meeting of the world's political and business elite at a luxury Swiss ski resort.

Davos often draws small protests against its famous participants and global trade agenda, but with the surprise announcement this week that Trump will attend this year's January 22nd-26th meeting, Swiss authorities warned “a high potential for violence must be assumed” at demonstrations across the country.

On its website, RJG said that “despite a strong police presence and significant provocations from civilian police, the protest was organised successfully”.

“The World Economic Forum claims to be a platform for constructive solutions to global problems,” the group said, “however it remains a meeting for the establishment to discuss a neoliberal agenda”.

A petition headlined “Trump not welcome — stay out of Davos” started by another group, Campax, had gathered more than 12,880 signatures by Saturday.

Another protest against Trump's arrival at Davos, the timing of which remains unclear, is planned for the evening of January 23rd in Zürich.