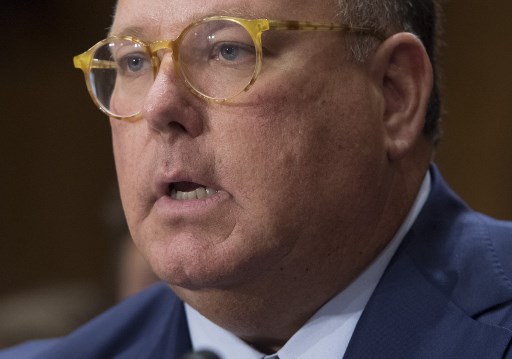 A demonstration alert published on its website said protests were expected in Bern, Geneva, Zurich, Davos and possibly other places in the run-up to the WEF, which begins on January 23rd.

The alert, published on January 12th, came a day before a planned demonstration in Bern against the WEF and the visit of US President Donald Trump.

Several hundred anti-capitalists took part in a march through the centre of Bern on Saturday, some carrying placards reading “Eat the rich” and “Fight WEF, Trump, capitalism”.

Although unauthorized, it passed off peacefully.

The embassy alert advised citizens to “keep a low profile”.

It also said they should monitor the local media for information, avoid areas where protests were taking place, exercise caution if unexpectedly caught in the vicinity of large gatherings and protests, and follow the instructions of the local authorities.

American Anne Liebgott, who runs the website americanswelcome-expats.swiss, described the embassy warning as an “overreaction”, in comments made to the Blick newspaper.

“Americans don’t have to hide at home under the bed just because Trump is coming to Switzerland,” the 58-year-old from Chicago told the paper.

She said Americans in Switzerland tended to keep a low profile and she didn’t know of anyone who had been attacked on the basis of their US citizenship.

The surprise announcement last week that President Trump would be attending the WEF event has divided opinion in Switzerland.

While the government and some politicians welcomed the visit, left-wing organizations have launched petitions to deny Trump entry to the country.

The US ambassador to Bern, Edward McMullen Junior, is a close associate of President Trump and was part of his transition team.