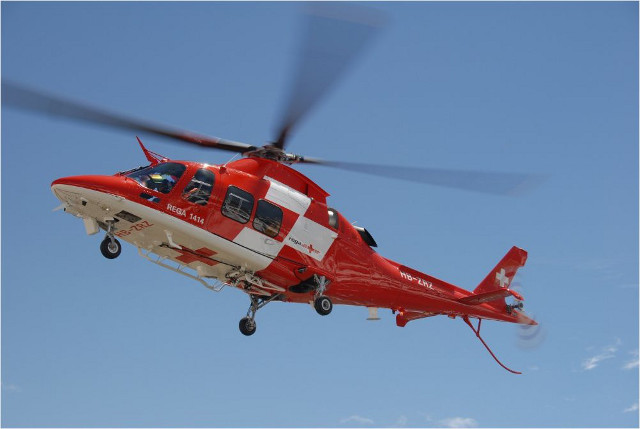 Photo: Rega
The woman went out for a walk in the area on Saturday afternoon but failed to return, Vaud police said in a statement.
Police launched a search operation after she was reported missing by her family at around 4pm on Saturday.
An army helicopter equipped with thermal imaging was sent out during the night but failed to find the woman.
On Sunday morning the search was intensified, with rescue dogs sent out with a large search team.
The missing woman was finally found on Sunday at 1pm lying in the snow near a forest in Le Bugnonet above Bassins, semi-conscious and suffering from hypothermia.
She was transported by Rega helicopter to Lausanne’s hospital CHUV, but died there later that evening police said in a second statement.
Url copied to clipboard!