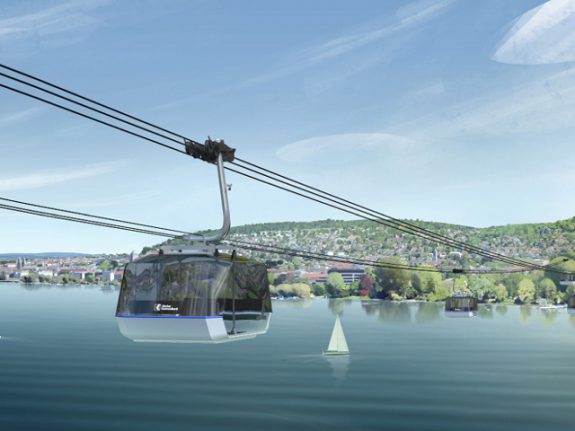 Image: ZKB
The bank announced its intention to build the temporary cable car last summer with the aim of “building on the pioneering spirit of its founders” by creating something that would underscore the bank's ties to the city and canton, it said at the time.
The 1.4km cableway, named ZüriBahn, will connect Landiwiese with Zurichhorn across the northern tip of the lake and will be able to transport 2,000 passengers per hour in its 14 gondolas.
On Tuesday the bank said it had now determined its preferred location for the stations and masts of the ZüriBahn. One station will be on the beach at Mythenquai and the other on the edge of the Blatterwiese. The planned route of the cableway. Image: ZKB
The bank said it had worked with federal, cantonal and communal authorities to come up with the best placement for the stations and masts. After the cableway’s planned five years of operation, its dismantling will “offer potential for urban upgrading,” the bank said in a statement.
More planning still needs to be done before the bank can submit its idea to the federal transport office for approval, which it expects to do in autumn 2018, it said.
The bank also wants to create a temporary ‘adventure garden' at Landwiese containing a park, cultural pavilion, hanging gardens and play areas.
The 40-60 million franc cost of the project will be entirely funded by the bank.
It’s not the first cableway over Lake Zurich. A previous one was constructed in 1939 for the national exhibition, while a second was built in 1959 for a horticultural exhibition, but was dismantled in 1966. 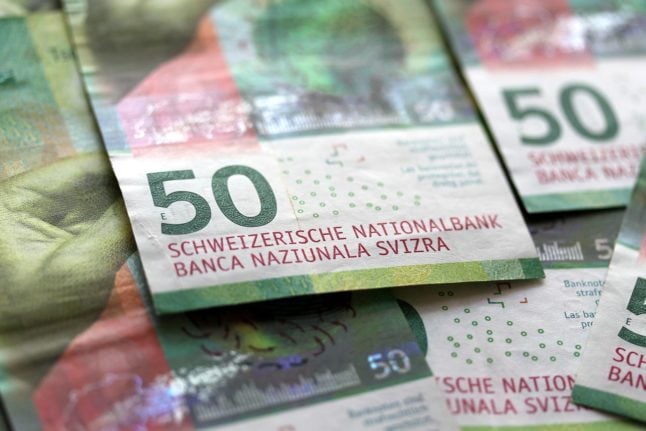