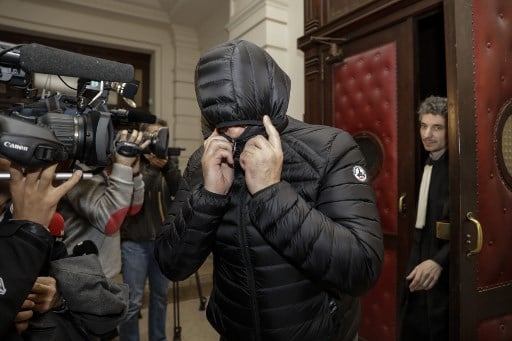 One of the accused leaves the court. Photo Thierry Roge/AFP

A lawyer for the airline filed the claim in Brussels on Thursday when the case came before the criminal court, the Swiss news agency SDA reported.

In February 2013 heavily armed thieves disguised as police stole diamonds, gold bars and other gems worth over 50 million francs from the plane at Brussels airport where it was about to take off for Zurich.

It was described at the time by the global diamond dealers’ syndicate as one of the biggest ever gem thefts.

A gang of eight hooded thieves drove onto the runway in two black vehicles with blue police-like markings, forcing open the plane’s cargo hold to reach a stash of rough and cut gems.

The pilot, co-pilot and staff from an armoured car that transported the gems were held up but no shots were fired and no one was injured. The robbery was over in minutes.

The Helvetic flight was subsequently cancelled.

Several months later Belgian, French and Swiss police recovered part of the stolen gems and cash in a vast cross-border operation and made a number of arrests.

The United States security company Brink’s also filed for damages of 30 million euros in the civil law suit against the culprits.

The lawyers in the civil case say that bullet proof vests and masks found in the possession of the accused are a clear sign of their involvement in the crime.

A Frenchman suspected of being the ring-leader has admitted to being involved and selling the stolen gems.

He is currently in prison for a separate offence. 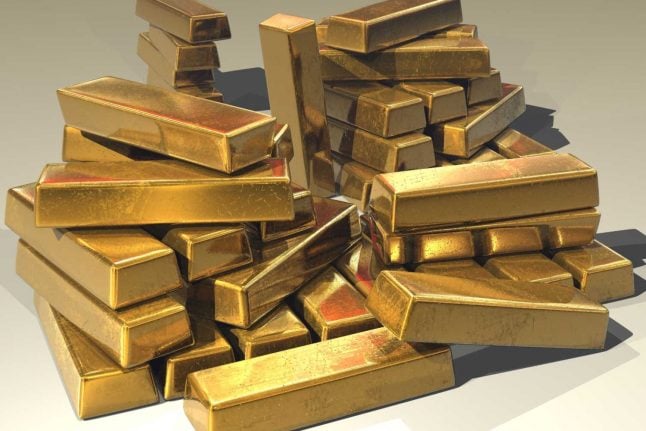 COST OF LIVING
Switzerland searches for owner of 180,000 francs worth of gold bars left on train
Url copied to clipboard!