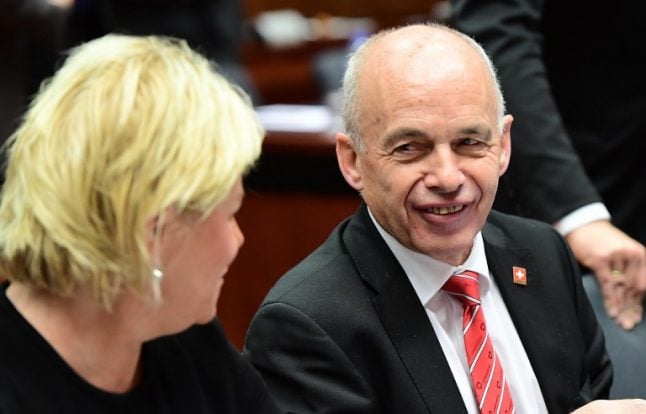 Switzerland’s 2017 budget was a hard-fought affair with the right-wing Swiss People’s Party (SVP) calling for tougher cost-cutting measures and the left-wing saying the proposed budget was too tight-fisted.

At one stage, it looked like the country would have to pass an emergency budget – it would have been the first-ever in the country’s history – but a further round of negotiations finally saw a reluctant SVP giving the nod to the budget despite a projected 250 million-franc deficit.

Twelve months on, however, it’s a different story with the finance minister set to announce on Tuesday that the country actually recorded a surplus of 2.8 billion francs in 2017. Costs last year totalled 68.2 billion francs while 71.1 billion flowed into state coffers.

However, a total of 2 billion francs has been separated from the main results with the finance ministry explaining this decision within the context of a deferred liability spurred by a the current negative-interest climate.

Many Swiss firms that are owed sales tax by the federal government have chosen to defer claiming this money because of the costs associated with having it sitting in their bank accounts. They could, however, claim it back at any time.

The finance department says the change in accounting practice will see the effect of its outstanding sales tax liability “smoothed out” over several years.

But the large 2017 surplus has renewed the debate about the precision of a Swiss budget process where “red” predictions” regularly turn into “black” results. And the decision to separate 2 billion francs from the main results has been criticized by those on the left side of politics.

“It sounds like trickery. The finance minister is making the results worse to maintain a drive towards saving” said Mattea Meyer of the Socialists (SP).

Meyer said investment in education, infrastructure, childcare and paternity leave was regularly put off while “debt-reduction measures and tax breaks for businesses” were always available.

Christian Democrat senator Peter Hegglin – for many years finance chief in the canton of Zug – accepted that a 7% deviation in the budget was very high but rejected the idea that government budgets were deliberately pessimistic for tactical reasons.

Meanwhile SVP national councillor Peter Keller said previous budget surpluses had resulted from “special” factors with sales tax being the example in 2017. He warned that fiscal discipline must be maintained.