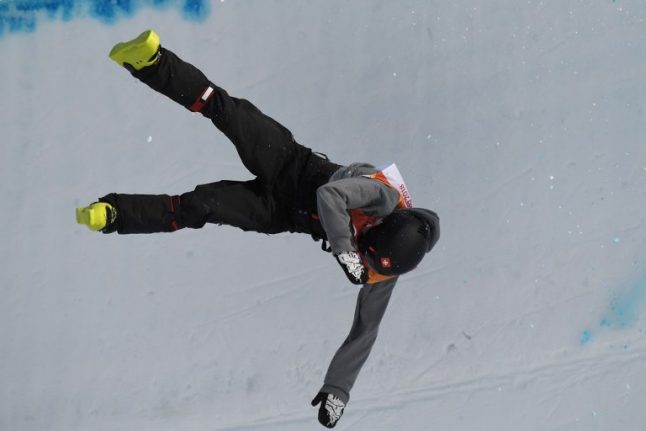 Joel Gisler fell during the first trick of his second run. Photo: AFP

After an error-marred first run in the event, Gisler, the 23-year-old leader of the Swiss freestyle ski team, needed to make it count in his second run.

how do people not die in this sport pic.twitter.com/fcwf5iPRMt

But during his first trick – an attempted backward spin – the 23-year-old crashed into the wall so hard that his skies were knocked off his feet. He then fell into the halfpipe.

What a terrible crash in ski half pipe qualifying from #SUI Joel Gisler.

A fall from over 20ft in the air folks ?

Luckily he seemed alright after getting on his feet and walking off the course on his own #FreestyleSkiing #PyeongChang2018 pic.twitter.com/FnZ6GLaX4G

Gisler received medical attention but was able to walk away from the away from the halfpipe after several minutes, Swiss daily Tages Anzeiger reported.

Neither Gisler nor his teammates Rafael Kreienbühl and Robin Briguet made it through to the halfpipe finals in an event dominated by the Americans.