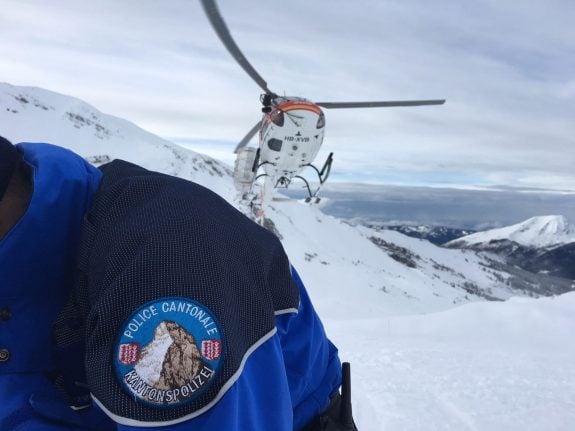 Jodie Pralong, originally of New Zealand, her Swiss husband, and two other ski tourers had set out on a ski tour from the Tsa mountain hut when the avalanche struck.

Christchurch-born Pralong was completely buried. Her three companies, who had been partly buried, managed to free her. All four were then taken to hospital in Sion by a rescue helicopter.

The New Zealand skier was in a critical condition, however, and died of her injuries in the night of Sunday February 25th, Valais police said in a statement.

New Zealand media reported that Pralong was the daughter of a ski instructor and had been skiing since she was four years old.

She went on to be a ski instructor herself, first in New Zealand, then in the United States and later in Switzerland where she met her husband.

Her father told the New Zealand Herald his daughter, who he described as “a bit of a super athlete” had been “semi-retired” from instructing.

Two other skiers were killed by avalanches in Switzerland on the same weekend that Pralong died. A 55-year-old woman was killed in the Chateau d'Oex area in the canton of Vaud while another man died after being struck by an avalanche neaer Lauenen, near Gstaad.