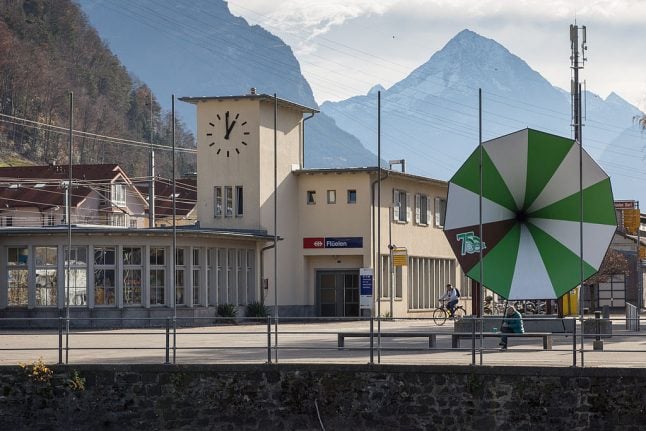 The station at the southern end of Lake Lucerne is serviced by three northbound and three southbound trans-alpine trains a day – at least in theory.

But passengers have watched on twice recently as trains that use the new 57-kilometre Gotthard Base Tunnel have simply ploughed through the facility at full speed.

Among the disgruntled commuters is Philippe Romang, who uses the train regularly for business travel. He told regional daily the Luzerner Zeitung that he was prepared for the odd problem after a new network timetable was rolled out in December 2016. But he said the situation was “slowly becoming unacceptable”.

“This has already happened to me six times,” he said.

An SBB spokesperson apologized for the problem and promised that train drivers would be made aware of the problem.

“In places where the train only halts some of the time, the likelihood of missed stops is higher,” the spokesperson said, adding this was the case with locations like Lenzburg and Aarau between Zurich and Bern.

The SBB spokesperson added drivers were informed of stops by a computer system in the train cabin but that track signals could, for safety reasons, remain green when the line ahead was clear.

Trains fail to stop at Swiss station every two or three days, or once around every 170,000 stops, according to SBB figures.

Passengers on board a southbound train that failed to stop in Flüelen recently were treated to a coffee voucher while the SBB organized for a northbound service to make an unscheduled stop and return them to their desired destination.

The SBB has come under increasing pressure in recent times over packed services and high prices. Last month, a public debate began over whether the popular half-price card should be scrapped with fares across the board being reduced instead.