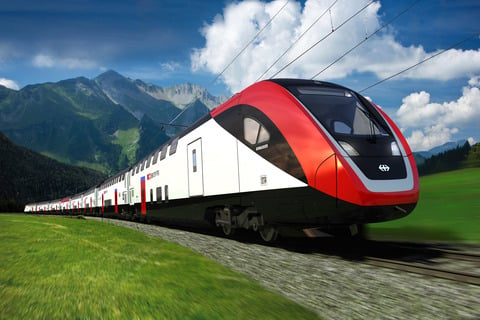 In results posted on Tuesday, the national rail operator reported a profit of 399 million francs in 2017, up five percent on the year before, news agencies reported.

At its annual news conference, SBB said tickets – mainly off-peak – that are currently sold at prices as low as half the standard price would be up to 70 percent cheaper from May 1st.

In addition, holders of an annual GA/AG season ticket would receive a booklet of vouchers entitling them to reductions.

In other changes, local tariffs will apply for calls to the Rail Service telephone line rather than a per-minute rate.

With the announced changes the SBB is giving back 50 million francs to passengers, it said.

Both customer satisfaction level and the public perception of the company deteriorated last year, the rail operator said.

It also reported improved punctuality, with 89 percent of trains on time – the highest level in six years.

The railway operator’s freight arm, Swiss Cargo, fell back into the red after breaking even last year.