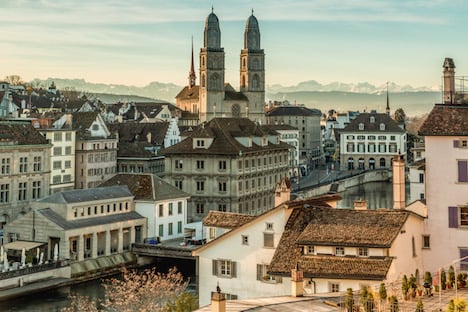 Zurich is ranked highest of the Swiss cities. Photo: swiss-image.ch

The Mercer Quality of Living survey 2018 put Zurich in second place following Vienna, which has held the top spot for nine years in a row.

Switzerland’s biggest city was followed by Munich, Auckland and Vancouver.

Geneva held on to its eighth place ranking and Basel – which broke into the rankings in tenth position last year – was able to retain that place in the 2018 survey.

In bottom spot was the Iraqi capital, Baghdad. It found the top five most desirable cities in Europe for international employees were Vienna, Zurich, Munich, Dusseldorf and Frankfurt.

But the Mercer survey, now in its 20th year, found some of the highest increases in living standards were in eastern European cities, notably Sarajevo, Bratislava and Belgrade.

Cities were also ranked according to their standards of sanitation, which Mercer says plays an important role when companies decide where to establish locations abroad and send expatriate workers.

Zurich took eighth place in this ranking – which includes air pollution and waste removal – and was the only Swiss city to make the top 10.

Despite its top-ranking quality of life, Zurich has the dubious honour of being the most expensive city in Europe, a cost of living study found last year.