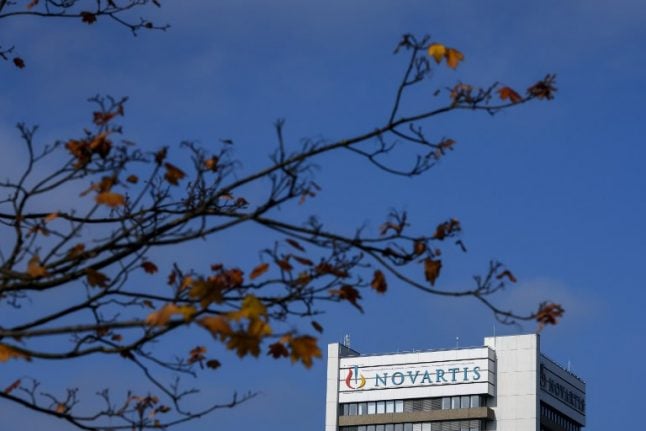 Yannis Stournaras' office said in a statement the two protected witnesses, known only under their aliases, should be punished for perjury and defamation.

He also called on the Greek Supreme Court to examine whether a decision to withhold the witnesses' identities was lawful.

Stournaras is one of several senior politicians, including former prime minister Antonis Samaras and EU migration commissioner Dimitris Avramopoulos, who were allegedly involved in helping Novartis to build a commanding position in the Greek health market.

The Swiss giant is suspected of having bribed decision-makers and doctors between 2006 and 2015 to secure inflated prices for its products even though cheaper alternatives were available.

The kickbacks were usually hidden in overpriced company invoices for medical congresses and trips, but money is suspected to have also occasionally been given directly, witnesses said.

On Tuesday, a Greek anti-corruption prosecutor requested bank and other asset information for bribery checks on the ten politicians.

The case is also under examination by a parliamentary commission of inquiry, as well as by the US authorities.

Stournaras, a former finance minister under Samaras, was named because his wife's PR company organised congresses sponsored by Novartis.

An economics professor, Stournaras has said he had also received payment from Novartis to give “two or three” presentations on the economy – but only before becoming minister.

Avramopoulos, who was Greek health minister in 2006-2009, has also sued the witnesses.

The alleged witness testimony, parts of which have been leaked to the press, faults Avramopoulos' handling of a blood screening contract and a large order of avian flu vaccine.

Novartis has said it is cooperating with US and Greek authorities whilst conducting an internal audit of its own.