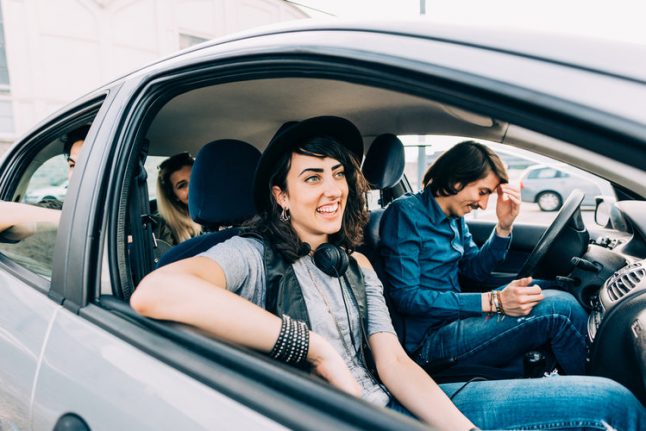 "People crack, there is heartbreak," said the producer of 'In the Car'. File photo: Depositphotos

But television executives are hoping a new extreme reality show called “Nella Macchina (“In The Car”) can repeat the success it had in Switzerland last year.

The web series caused a sensation in the Italian-speaking region of Switzerland last year when nearly a quarter of the population who have access to the Internet went online to watch the live finale on Facebook.

It also turned heads when a TV version of the emotional and physical endurance test was announced at MIPTV, the world's biggest content market in Cannes, France, this weekend.

The show's brutal simplicity is part of its appeal, the producers said, with the last person remaining in the car winning it.

Viewers and listeners to a local radio station voted out contestants one by one, with the five free to leave if the pressure of living squeezed into a tiny Volkswagen up! became too much for them.

Producer Marco Elia of Pandora Format (correct) told AFP that tempers frayed quickly in the cramped conditions. “People crack, there is heartbreak, it is like living in a very small and crowded prison cell.

“Things got very heated but even in such a small space people can adapt we noticed. Human beings are very flexible, much more so than we thought,” he added.

He said that contestants were allowed to leave the car for short breaks every few hours to go to the toilet and to shoot a “confessional” telling the viewers how they were coping.

They were also examined by a doctor every day.

Elia said the show “threw up interesting situations”, not least when it came male behaviour in cars.

The only woman in the pilot show was also the first to leave, with Elia admitting that the men had turned on her.

“She was very nervous and she cried a lot,” he said. “There was a lot of aggression, though thankfully it was only verbal.”

Elia said reaction to the show had been “incredible. We have been really surprised how it has taken off. People really connected to it.”

A first fully TV version of the show will be made later this year by the Swiss broadcaster Teleticino.