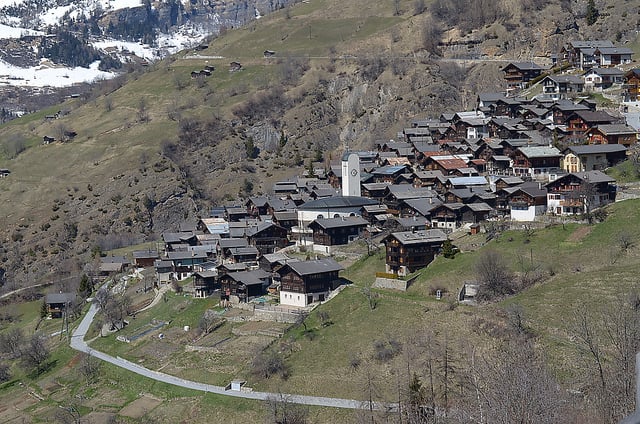 The family, which currently has one small child and another on the way, will be paid a 70,000-franc subsidy when they relocate to the village – a move expected to take place in September – after seeing their application for the deal approved.

“We are very happy for the family,” said commune president Beat Jost of the news.

Albinen made global headlines in late 2017 when it announced plans to pay people a subsidy of thousands of francs to move to the village in a bid to combat a dwindling population which had seen the local school forced to close down.

Under the village scheme, families or individuals who decide to buy or build a house in Albinen are eligible, if they meet certain conditions, for a grant of 25,000 francs per adult and 10,000 francs per child, equating to 70,000 francs for a family of four.

After news of the scheme went global, the village was flooded with enquiries and local authorities were forced to slam misleading media reports, noting that strict conditions applied.

To be eligible family members must be aged under 45 and agree to live in the village for at least ten years. The property to be bought or built must have a minimum value of 200,000 francs, and it must be a permanent home, not a second residence. Foreigners must have a valid Swiss C permit.

The commune said “at most five to ten young families” would make a successful claim for the subsidy.

Now the first of those families is set to make the move – news which has been greeted positively by Jost.

“The number of children of pre-school age in the village has doubled at one stroke,” he told regional newspaper Walliser Bote.